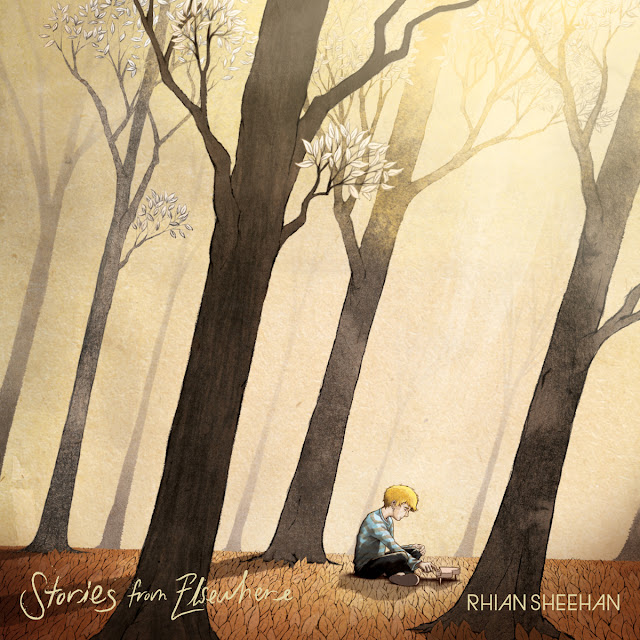 Every-so-often I am reminded of the musical genius of Rhian Sheehan ... this weekend was one such time. On Monday (it was a long weekend) Coldplay's twitter feed linked to this video ... it features the track "Little Sines" from Sheehan's exceptional new release "Stories from elsewhere".

Now I don't say 'exceptional' lightly ... "Stories from elsewhere" is an album I totally fell in love with when I bought it a few months back. It will rank highly in my end-of-year review ... of that I am certain.

Sheehan crosses between electronic and neo-classical with the upmost ease ... in fact, he makes it look too easy ... as if the music he makes is utterly and effortlessly normal rather than being truly extraordinary and exceptional.

The soundscapes he creates are so dense ... they are filled to the brim with sound. Loops. Percussion. Samples. Wonky toy pianos. Strings. Synths. They all come together and work together to make up his trademark walls-of-sound. His music is both light and dark ... quiet and loud ... soft and hard ... and always a pleasure to listen to.

In creating the tracks on "Stories from elsewhere", Sheehan has played with his melodies ... manipulating them in such a manner to make them unforgettable. Take "Little Sines" for example ... I dare you try to listen to that track and not be caught humming it at some point later in the day. This kind of moving melody is his gift ... and it is a gift I will happily receive.

I have heard of comparisons between Sheehan and Sigur Ros ... and whilst I'm not a fan of such comparisons ... when you hear tracks like "A Thimble Full of Sorrow" you cannot help but connect the two. I have yet to hear someone come this close to capturing the sound of "Takk"-era Sigur Ros so effectively. Sheehan nails ethereal. Seriously ... he nails it on this album.

I cannot recommend this album more highly. The music contained on it should be used as the incidental music for some of the BBC's showcase nature shows ... "A Thimble Full of Sorrow" could and should be the new "Hoppipolla". I want to see the majesty of creation accompanied by the music within this release. Only the best will do, afterall.

Have a wee listen to "Stories from elsewhere" to see/hear what I mean.

Posted by weareallghosts at 8:08 pm