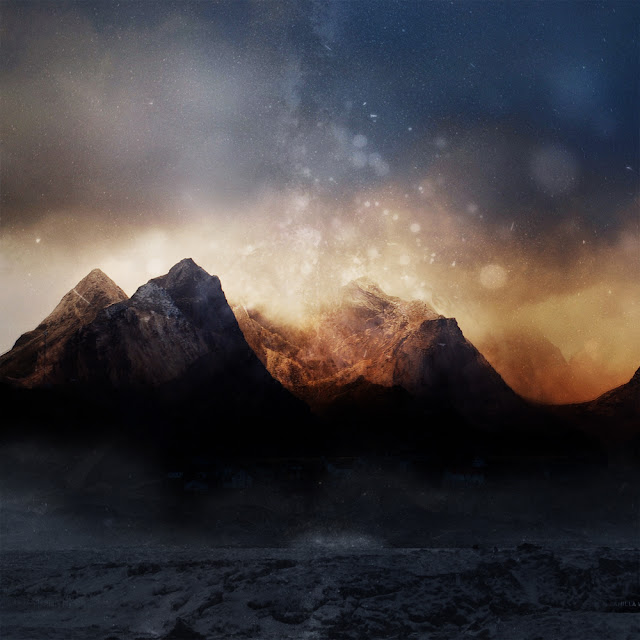 In recent days I've picked up some compilations that I consider to be worthy of note ... let me tell you about them:

First up (pictured above) we have the sixth instalment of the sequence series from futuresequence. If you are familiar with the previous compilations in the sequence series then you'll know this album will play host to bleeding-edge ambient and neo-classical music.

At nearly 4 hours long (236 mins) it is a hefty investment ... but it is a worthy investment. The music presented on here is truly sublime.

Stand out tracks include "Ascension" by Tiny Leaves, "We Never Left" by Stray Theories, and "High Altar" by Fontaine. 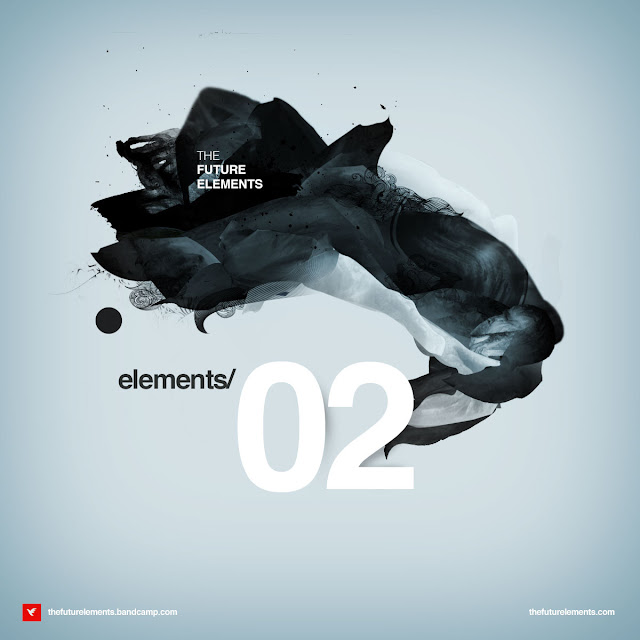 Next up we have elements/02 from thefuturelements.

thefuturelements.com is a site I have written for previously. I was a big, big fan of elements/01 ... a compilation released in April 2012. It has only taken them 14 months to release the second album in the series ... but it is truly worth the wait.

elements/02 is filled to the brim with 20 ambient, neo-classical and post-rock inspired tracks from some serious players. Stand out tracks include another from Stray Theories entitled "Promises" alongside tracks from Vitaly Beskrovny ("Winter Story") and orbit over luna ("朝日 asahi (morning sun)"). I am also very partial to "Not everything has to be a struggle" by Sky Flying By ... very partial indeed.

This compilation is well worth checking out and is also free to download. 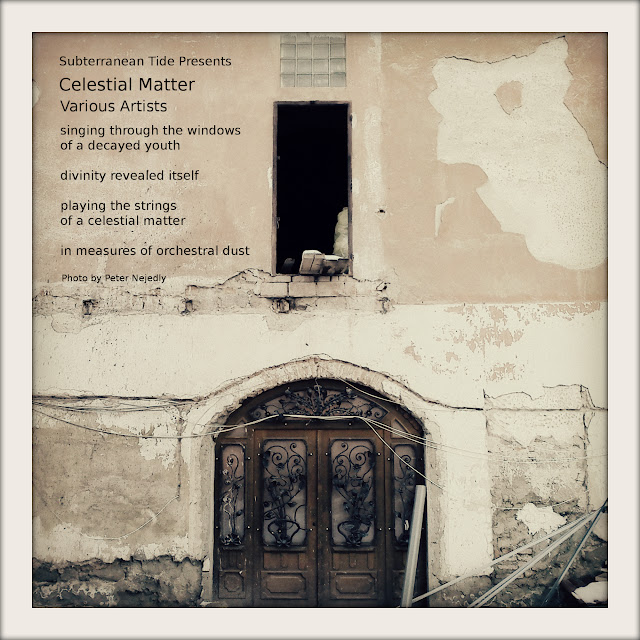 As the liner notes say...


Celestial Matter, the fragments of objects of any form that orbit, fly or remain still in the vast darkness of our universe, a wondrous thing when thought about, and even more amazing when you stare up at a night sky and see these objects in their luminosity. But have you heard celestial matter?

You will if you listen to this compilation. Stand out tracks include "Oort Cloud" by Savaran,  "Breathing Through Me" by Gimu, and "Dusty Measures" by my friend Thomas Park aka Mystified.

Well worth checking out ... and as it is also a free download ... there is nothing stopping you. 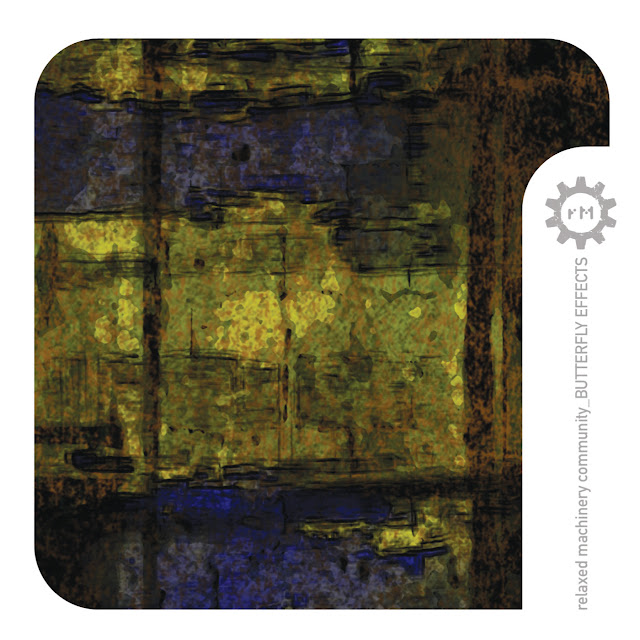 "Butterfly Effects - James Johnson Recycled" from the Relaxed Machinery Community is an album that comprises remixes of material from several of James Johnson's albums.

According to the liner notes:


30 artists from around the world - all members of the Relaxed Machinery Ning Online Community - expressed an interest in taking part. James provided them with 25 clips culled from eight albums, which included synths, piano, voices and generative tracks. Submitted pieces often included source material from more than one album.

These are all “purist” remixes, using only source materials provided by James.

This is a cracking album that has made my commute to and from Glasgow very pleasant indeed. I intend on writing a full review ASAP but, for now, please check this out. Stand out tracks include those mentioned in the notes as well as my all-time favourite: "Mandala" by Northcape ... which is simple divine. 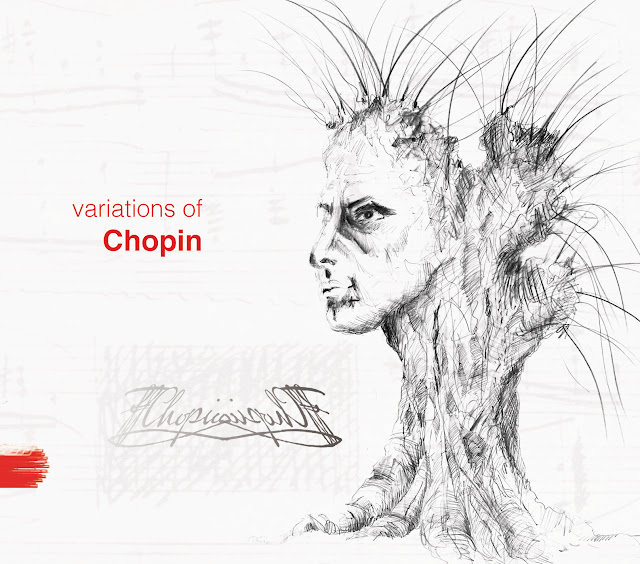 "Variations of Chopin" from the Glaswegian label too many fireworks is a celebration of the genius of Chopin.

According to Neil Milton, the man behind too many fireworks ...


When too many fireworks moved from Glasgow to Warsaw, Poland in 2010, it did so in the bicentenary year of Fryderyk Chopin's birth. As the celebrations carried on around us, we decided an album of contemporary interpretations of the composer's music would be an interesting idea.

We invited musicians of many different genres to take a piece from the composer and either put their contemporary spin on it or take a theme and use it as the basis of a new composition.

The idea was sadly put on hold but finally in 2013 the Chopin album was completed and it in turn gave rise to the 'variations' series, a collection of compilation albums interpreting an array of classical and contemporary composers.

I, for one, can't wait to hear what's next. This is a cracking album that does challenge in places but does also delight.

What's more ... if you buy a CD (£5 or more) ... all profits from the sale of the CDs will be donated to our record label's good friend, ex-laeto drummer, Robbie Cooper who is currently battling a rare form of Cancer. 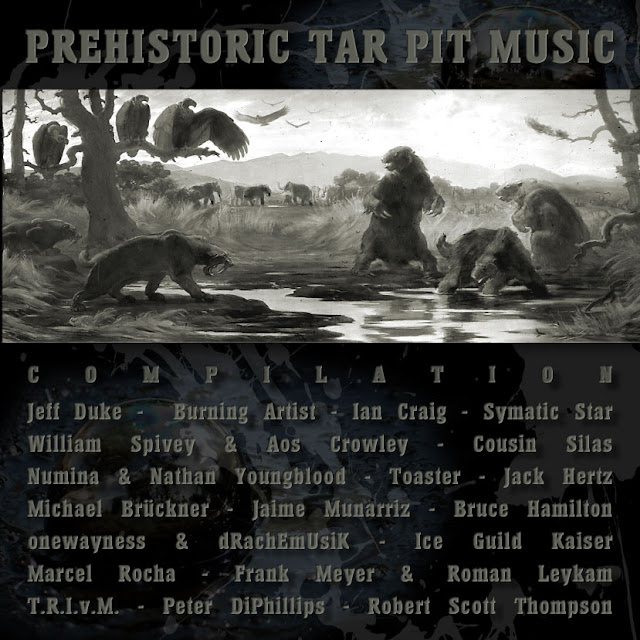 According to the liner notes...


During the Pleistocene period 40,000 years ago, giant mammalian creatures roamed North America. Tar pits that formed when crude oil seeped to the surface through fissures in the Earth's crust. Would trap mastodons and other creatures in their molten grip. When predators came to feed, they were consumed as well.

Prehistoric Tar Pit Music is a two and half hour compilation of sonic adventures into places that time has forgotten. Listen to the sounds of primordial landscapes, bubbling tar pits, and the echoes of life emerging from the deep earth.

The idea for this compilation began in the Intelligent Ambient Music (IAM) group on Facebook. The result is the group effort that you can hear now. We hope that these compositions will entertain your imagination with a sonic documentary of what these prehistoric places may have been like.

It's my kind of awesome ... especially since Cousin Silas' track "Inland Lagoon" is featured.

Recommended. Pay What You Want. 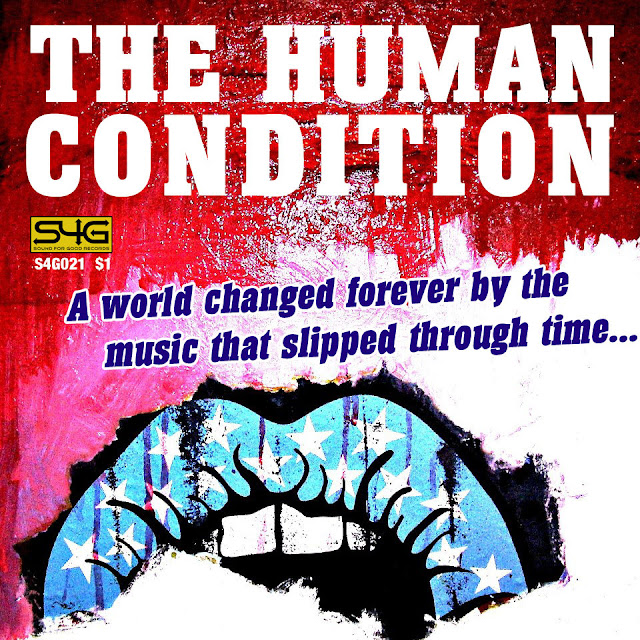 Last but by no means least is "The Human Condition - Dedications to Phillp K. Dick" from Sound For Good records ... a 44 track compilation of wondrous ambient music celebrating the writings of one of my favourite writers - Philip K. Dick.

All profits from this release will go to Hospice Foundation of America ... a charity that conducts programs of professional development, public education and information, research, publications and health policy issues.
Their programs for health care professionals assist those who cope either personally or professionally with terminal illness, death, and the process of grief, and are offered on a national or regional basis.
In addition, their programs for the public assist individual consumers of health care who are coping with issues of caregiving, terminal illness, and grief.

A worthy cause and a tremendous download to boot. Stand out tracks for me include "The Transmigration Of Timothy Archer" by Clutter, "Adjusted Here and There" by Phillip Wilkerson, and ... of course ... "The Bradbury Apartments" from my boy Cousin Silas.

Recommended. Pay What You Want ... please give generously.

I love the way that nowadays one can find great ambient compilations either for free or on a donationware model. It's a great time for the electronica listener, with lots of good material being released. Thanks for sharing this list.