Loving... "TSL" by The Sound Logic 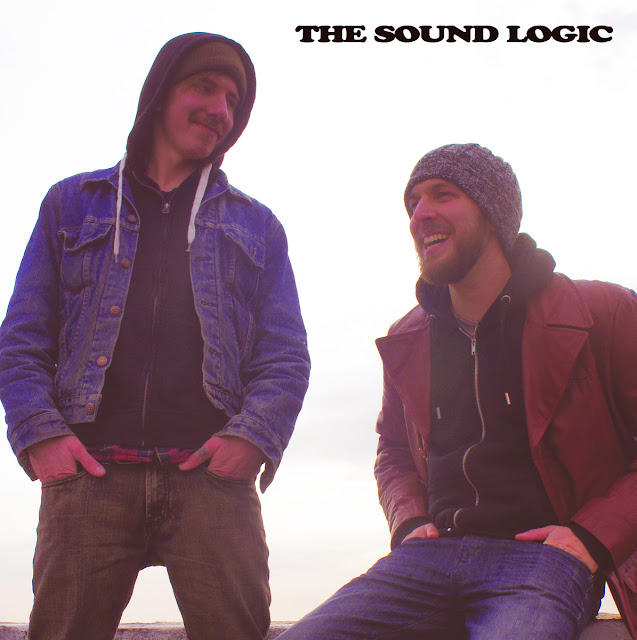 I love a good guitar-orientated freakout every-so-often. It acts as the ginger to my musical sushi ... it cleanses the palate and let's me come back to my sustenance refreshed.

Post-rock ... prog-rock ... maybe some post-punk hardcore ... they all work to varying degrees ... but my ’go to’ is some early/mid Led Zeppelin ... nothing beats some "rock and roll". The combination of Plant, Page, Jones and Bonham has yet to be surpassed in the rock genre, in my opinion. I like my rock raw and with a bluesy bent.

That said ... I've never really connected with bands like The Black Keys or The White Stripes. I love them when they are on the radio but never really explored their sound. That will change, however, after I was given the opportunity to hear "TSL" by The Sound Logic ... a band comprising of Jeff Knol (Vocals/Guitar) and Yuri Pavlov (Drums).

I have been thoroughly enjoying this album since I received it ... it feels alive ... there is a real boundless energy about it ... a jaunty upbeatness that works so well with and complements the rawness of their sound.

And it is to this rawness that I gravitate ... their bluesy garage rock is remarkably vivid and foot-tappingly addictive. It's an up-loud, singalong-while-driving kind of a sound that really scratches that specific itch. I could easily and happily summarise that their live show would be one to behold as a result.

On a couple of tracks, the electric guitar is complemented with its acoustic sibling ... which broadens their sound nicely.

For the most part, however, TSL is pretty much guitar, drums and vocals ... in that order ... and that's what makes it such a compelling listen.

It's not the kind of music you put on when you want to have a Sunday Afternoon nap ... and it's not first-dance-at-your-wedding material either. You will not find the meaning of life in the lyrics or have some Jon Anderson-induced epiphany. You will, however, feel good and, more likely than not, get caught up in the moment and dance around like a loon. This is the kind of blatant good-time music that turns the shiest introverts into folk who dance like Michael Stipe in "Losing My Religion".

It is what it is ... and proudly and defiantly so. This is its charm … and this is why I really dig it.

Tracks like "Red Balloon" and "Call My Name" deserve to be turned up loud and played at 11.

Have a wee listen to three of the tracks in the embedded player and if it's your thing … diaries for the 1st June when the full album is released.