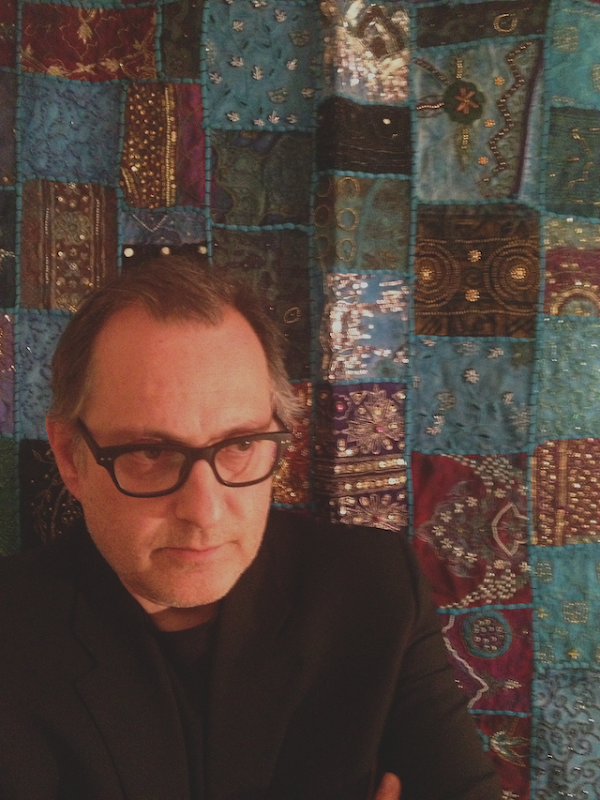 When someone sends me their album to listen to and consider for the podcast ... I always send them through my wee interview ... I like to know a little bit about them. In my metaphorical couch is John Puchiele of the John Puchiele Ensemble whose album - "Life Cycles" - I recently described as being "on a par with the most evocative soundtracks ... something the listener can revisit time and again."

1) Who are you and what do you do?
My name is John Puchiele and am a composer of electronic and acoustic instruments having worked in multi-media (film, dance, television, radio, live, recording) for many years. I continue to work in these fields professionally while running my own digital recording/composing studio in Toronto, Canada. I have a Bachelor degree in Music Composition under the tutelage of the late composer Jim Tenney; and a Masters in Psychology. I am also a former member of the Glass Orchestra.


2) What are you working on at the moment?
At the present time I am preparing for live performances that will consist of live performers with some sequencing. It would be my preference to have less sequencing but logistically and monetarily speaking it would be very expensive! I am also working on pre-production for my follow up release, which I hope to have released early 2014.


3) Who inspires you?
Inspiration is a hard one to pinpoint but I would have to say the elements and our world, pretty much. Clouds/sky, land masses, cities, etc….all of it basically!

- Name an artist who has inspired you.
There are so many great artists and composers I find inspiring but if I had to choose I must pick at least three as one would not be sufficient. I would have to say in this order Gyorgy Ligeti, Steve Reich and Brian Eno.

- Name place that has inspired you.
Without any question the Isle of Mull (off the west coast of Scotland) has to be the most incredible place I have ever visited. Just beautiful, serene and frightening at the same time….especially at twilight!

- Name some "thing" that has inspired you.
-Describing a ‘thing’ that might be impossible but if anything comes close it would have to be clouds!


4) What drives you to do what you do?
Sometimes drive can be treacherous as you work and work and realize that sometimes the work that you have created is basically garbage. Knowing that I can toss something away and go right back again a day or two later is the best way of describing my drive I suppose. Mind you, someone’s garbage is another person’s treasure ;)


5) What values do you wish your creativity to express?
I value the concept of peace and love, and hope that my music at times intermingles in the mind of the listener to create these thoughts. That is success in my opinion!


6) What role does community play in what you do?
Humans need other people to talk, laugh, love, confront, engage, etc. Community is something we cannot live without! Extending your hand with discussion or music; same difference in my opinion. Music is my expression of connection! Why else would I be writing music, for a wall? For people….a community of people.


7) What is next for what you do?
My next CD release for 2014. I have been approached to write music for a documentary series. I would like to lay my hands on a larger film project one day or perhaps a live theatre/music presentation…who knows.

Have a wee listen below and, if you can, do what you can to support truly splendid independent music.

Posted by weareallghosts at 9:30 pm