Loving ... 'Pacific' by The Echelon Effect 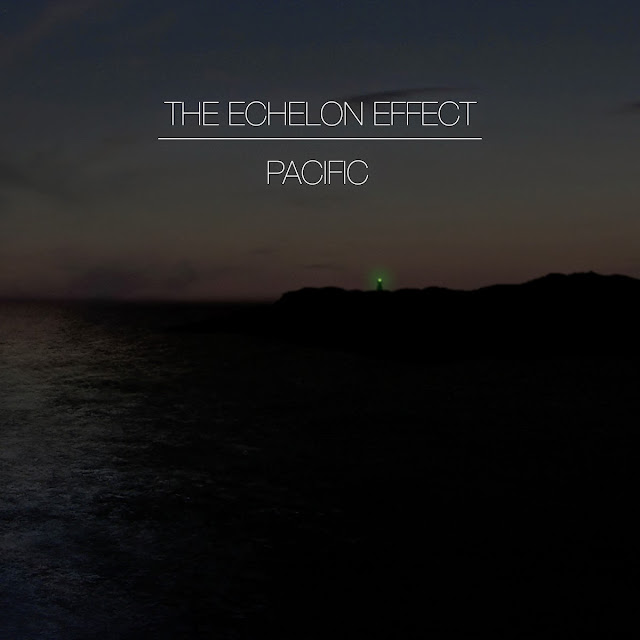 When Dave Walters aka The Echelon Effect release a new album, I listen. I have grown to trust Walters' musical expression as something special & happily purchase what he has on offer, usually without listening first.

’Pacific’, his latest offering, is no different. I have obsessed over it and had it on repeat since I was given an advanced copy earlier in the week.

Whilst the sister album, ’Atlantic’, was in keeping with Walters' musical excellence, 'Pacific' is more. It's as if he’s taken his best and, against all the odds, made it better.

From the outset of ’Two Continents’ with its spoken-word poetry and deep, growling bass anyone familiar with The Echelon Effect will know they are in for a real treat, something that will exceed their already high expectations. The percussion, the driving almost-tribal percussion, adds an utterly breathtaking sense of urgency to this track that will stun newcomers and experienced fans alike.

’Visitors on the bow wave’ features a truly immersive backing built on backwards-percussive samples and a synth melody which underpins the complementary melody played on guitar & glockenspiel. It is a truly immersive wall-of-sound that seems to get deeper with each subsequent listen.

’North’ is an utter delight, exemplary track on an exemplary album. It builds gently with Walters trademark wall-of-sound: wailing guitar, keys, big beats, glockenspiel & the most delightful melody. This is The Echelon Effect as we know him & it put a massive smile on my face when I immersed myself in it’s ebb & flow, soft & loud ... lovely.

As is the remainder of the album. ’Pacific’ is a delight from start to finish ... 64 minutes of pure post-rock flavoured joy.

One track of note is the final track - ’Garden Highway’ - a 9 minute epic that could be used to describe both The Echelon Effect's sound and all that is brilliant, in my opinion, with the post-rock genre. It is a slow builder that just grows in both elegance & stature from its rather melancholic downtempo beginnings to something wonderfully cinematic and euphoric ... with anthemic vocals in the later half of the track. This is a sunriser track of truly epic proportions & a fitting close to what is an exemplary album.

Dave Walters has done it again. I cannot recommend ’Pacific’ highly enough and cannot wait to see what Walters has up his sleeve with his announcement that he's now working on The Echelon Effect 'live'.

Posted by weareallghosts at 10:30 am