Seven questions with ... Stephen Johnston from MINIONTV and Wired to Follow 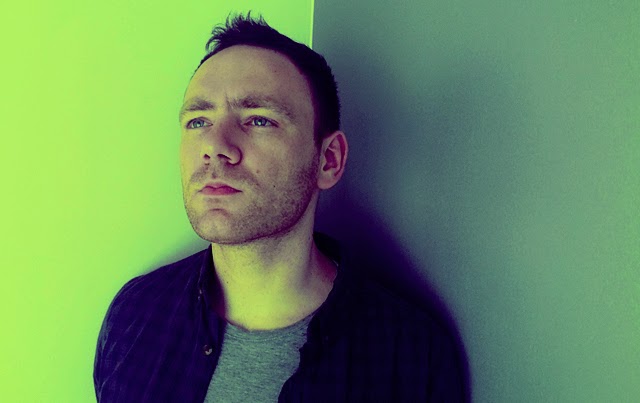 MINIONTV and Wired to Follow are two of my fave post rock bands ... and Stephen Johnston is in both of them. Whilst MINIONTV haven't released anything new since 2012*, Wired to Follow are following in their footsteps and currently putting out some seriously great EPs jam packed with cinematic post-rock soundscapes.

I am glad to have made Stephen's acquaintance and intend on supporting his music in any way I can ... including a wee interview on the ol' nanolog.

This is what he had to say:

1) Who are you and what do you do?
My name is Stephen Johnston and I make music in instrumental bands Wired to Follow and MINIONTV.


2) What are you working on at the moment?
I’m currently working on the debut Wired to Follow album. It’s a long process but there might be a few remixes and special releases along the way.


3) Who inspires you?
- Name an artist who has inspired you.
So many people inspire me but as I’m a pretty big David Bowie fan (I’m listening to Station to Station as I write) I’ll choose him. I suppose it’s his longevity and creativity; every move is conceptual.  His 'Berlin Trilogy’ are three of my favourite albums of all time.

- Name place that has inspired you.
I’ve always wanted to go to Japan but never had the chance to visit. There’s something about the way it juxtaposes nature with technology that really gets to me. We try and emulate that in Wired to Follow by marrying electronic with analogue sounds.

- Name some "thing" that has inspired you.
For this I’ll pick my favourite film, Blade Runner. It’s the only film I’ll return to each year. The visuals, soundtrack, the morality tale; it’s all there and seems to get better with age.


4) What drives you to do what you do?
I literally couldn’t imagine what else I could do that'd make me as obsessive, passionate and desperate. I love the Fight Club quote "This is your life and it’s ending one minute at a time" because it reminds me that life is a race and you have to fill it with things you’re proud of before you hit the end.


5) What values do you wish your creativity to express?
Music can still be an art form and conceptual, not just musical fast food.


6) What role does community play in what you do?
I used to run quite a few band nights which was great for digging into the social scene and putting on really cool bands. Through that and playing MINIONTV shows we were able to meet like-minded people which really helped spread the word.

Lately and especially in terms of Wired to Follow we’re a bit more reclusive and appreciate the disconnection as it's giving us a lot more focus.


7) What is next for what you do?
I think we’re going to get MINIONTV back together to play a couple of shows which will be a lot of fun. We’ve had a year out while people were having babies etc and I can’t wait to play live with those guys again.

After the Wired to Follow album is done we’re going to continue working on more releases.

Thanks Stephen. I, for one, would love to hear MINIONTV live ... and can't wait for the Wired to Follow debut album after really enjoying EP 1 & 4 (will get 2 and 3 when payday comes).

I've attached the latest releases from MINIONTV and Wired to Follow for you to listen to. If they are your cup of tea then please support the bands by buying their music.

* UPDATE ... I erroneously said MINIONTV last released music in 2010. I was talking nonsense, it was 2012 with 'The Last Projectionist'. Ooops. Sorry about that!