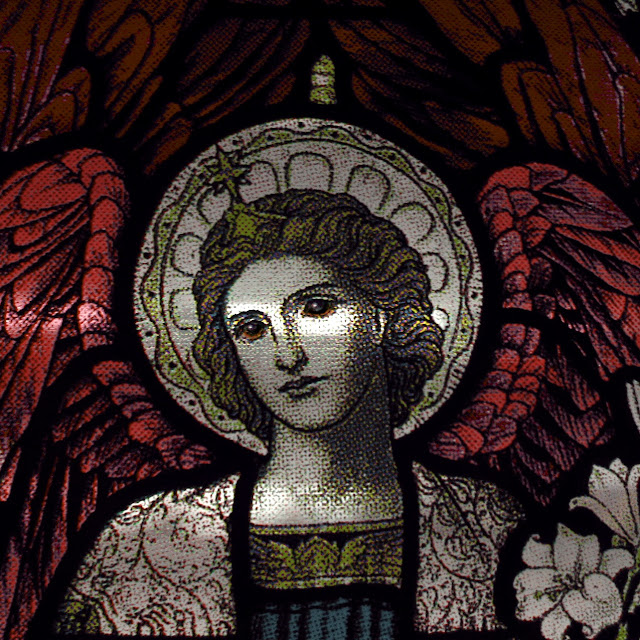 I recently received an email from Utu Lautturi from Finland ... a self-confessed 'newcomer' to ambient / experimental music ... offering his music to me for my ambient music podcast circumambient. He had listened to the mixes uploaded, enjoyed them and wanted to be a part.

To say I was flattered was, well, an understatement. Lautturi has an EP on the Greek netlabel Etched Traumas and has actively contributed mixes to a number of sites (SoundCloud). He is my kind of creator.

As is my way, I asked him to answer my wee blog interview ... and I'm delighted to say he agreed. This is what he had to say:

1) Who are you and what do you do?
In universal terms I'm a magnesium flare in a hostile universe, trying to make the most of my miniscule place and time in the shared sun.

In mundane terms I am Utu Lautturi from Finland, a newcomer in the field ambient/experimental scene. I'm a single, MGTOW - father of three beautiful children and have a day job as a primary school teacher / youth worker.


2) What are you working on at the moment?
I'm working on my debut full-length album Nielu, which will be released through Pale Noir later this year.


3) Who inspires you?
Whoa, inspiration comes from such a wide spectrum of stimuli, art and life in general.

- Name an artist who has inspired you.
If I'm forced to name one artist I feel overwhelmingly inspired by at the moment, music-wise it has to be Phil Elverum (The Microphones, Mount Eerie). The depth of emotional currents in his music are absolutely awe-inspiring. But as a visual artist I feel compelled to mention Zdzislaw Beksinski. His evocative visions are constantly looming in the root of my consciousness.

- Name place that has inspired you.
I am inspired by any large natural area unspoiled by humans but my soul has two homes, one atop a high cliff by a small lake in Nuuksio, Espoo (Finland) and the other by the raging rapids at the foothills of The Alps in Le Tardoun (France).

- Name some "thing" that has inspired you.
I'm going to interpret "thing" quite freely now. One thing that has a huge effect on every aspect of my life is the devastating picture of the future of humanity in regard to a warming climate, the annihilation of natural habitats and the indifference of people to REALLY act upon it. No one really knows what will happen in the next century but if we, the high-end consumers of industrialized nations, continue on our path of leeching off the biosphere it's quite safe to assume there will be more wide-spread suffering and distress than at any previous era in history. I know, life is now, and I am incredibly privileged to have won the lottery being born in Finland, and I'm enjoying it to the max - but at the same time I try to raise consciousness of things that matter to me wherever and whenever I can.


4) What drives you to do what you do?
I have quite a bit of mental issues because of my neurological composition, history and the choices I've made (not a good idea to start heavy psychoactive substance abuse at a young age, haha). So in essence, music and visual arts have always been a natural means to stop serious self-harming, to confront and/or escape my problems as well as a way to keep some degree of sanity that will allow me the freedom I value. I've dipped into the world of a mental institution and it's the last place I ever want to end up again. Of course I love beauty and exploration as well so it's probably a combination of necessity and adventure. But I certainly never thought anyone would be interested in what I do!


5) What values do you wish your creativity to express?
Deep question, man...what values? What do I value? I value freedom of expression, breaking the rules and attentive creativity. I value explosive tidal waves of emotion set against a serene, meditative environment. Solace in the extremes. Then there's my all-encompassing love of nature and it's dynamics...hard to say, though. I really never put that much thought into what I want to express. It's more a question of how the need to express becomes satisfied.


6) What role does community play in what you do?
I've played and performed in several bands so it's always been important for me to share the musical experience. After most of my band projects ended I was stranded for a while but then found some awesome artists through the internet. Regarding my solo music community plays a HUGE role. The different DIY circles gathered through and on the internet are very important to me. I've discovered such a wealth of amazing artists and visionaries through places like SoundCloud, Ambient Online, Relaxed Machinery and a host of blogs, tumblrs and whatnot. It is rewarding to share thoughts, comments, opinions and techniques. Most people I have contact with are doing music for music's sake and not for fame, money or anything like that. I think the fact I've been part in producing more than 20 collaborative tracks with 14 artists from around the globe in the past year alone speaks for itself. I deeply offer thanks and praise to all those who've shared this path with me. It's all very creative with no pressure. I can assure you, without the support of these communities I would not have been able to continue producing music and, well to be honest, keep on living.


7) What is next for what you do?
Next I'm leaving to a forest festival here in Finland where I'll take part in a Shibari performance.

Thanks Utu for your candour ... it is appreciated.

Korpinkorva by Utu Lautturi is embedded below for your listening pleasure. All musical and vocal arrangements are by Utu Lautturi with acoustic guitar improvisation on 'Kevään syö veri' by Antti Silventoinen and spoken word on 'Näin lähden' by Jaakko Huotari. It is an eerily dark and dissonant journey but one that ultimately rewards listeners.