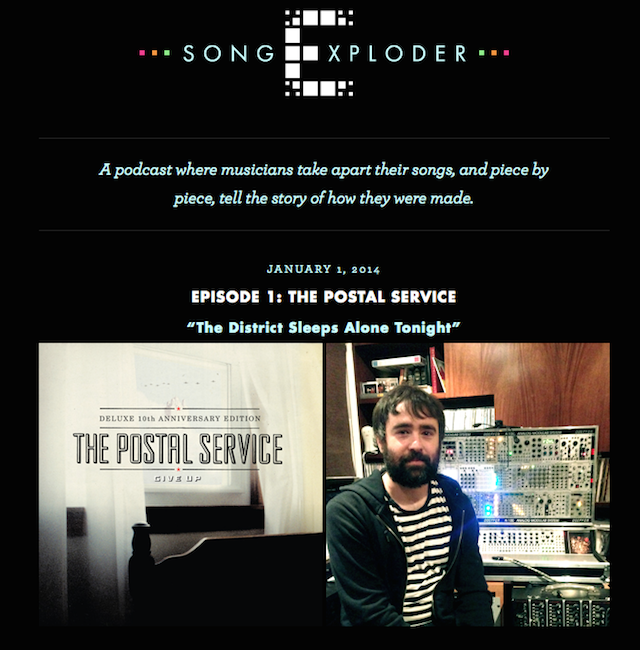 I am an avid fan of Roman Mars' 99% Invisible design podcast and this week they featured another podcast - Hrishikesh Hirway's Song Exploder.

To say this is my kind of podcast would be an understatement!


"Song Exploder is produced and edited by me, Hrishikesh Hirway. Over the years, as a musician with my own project The One AM Radio, I’ve done remixes for other artists, and every time I would hear the isolated tracks for their songs, I found it fascinating. Inspired by that, along with a love of editing and stories about problem-solving and creativity, I decided to try and make this show.

Basically Hirway gets really cool musicians to talk about one of their tracks ... musicians from bands like The Postal Service (above), The Album Leaf, Garbage, and Poliça. He even gets Jeff Beal to discuss his theme to 'House of Cards' which is really cool.

Hirway asks the musicians to play each layer of the track and talk about what went into the making of it ... for The Album Leaf, for example, Jimmy LaValle takes apart “The Outer Banks” ... a song he recorded in Iceland with members of Sigur Ros ... and discusses the use of glockenspiel, violin, and Moog synth on the track. It is fascinating. 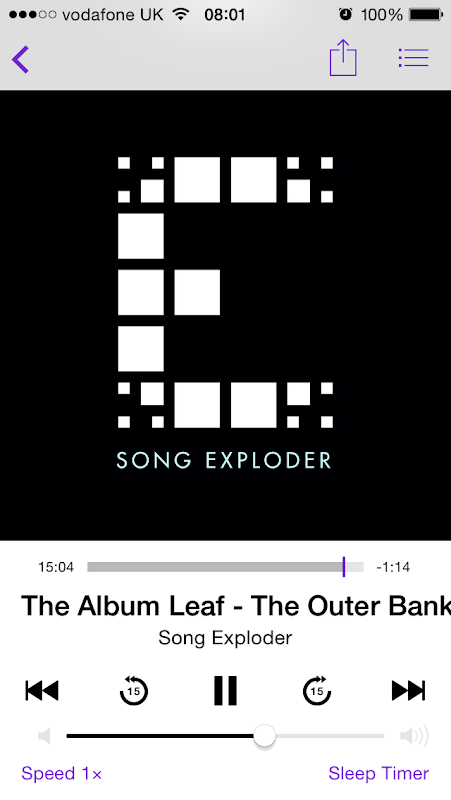 Song Exploder is now on my iPhone ... and I would heartily recommend you grab it too, especially if you are a musician or essentially a curious so and so like me.

Email ThisBlogThis!Share to TwitterShare to FacebookShare to Pinterest
Labels: For Your Listening Pleasure, Inspiration