Loving... "the Planets" by Neue 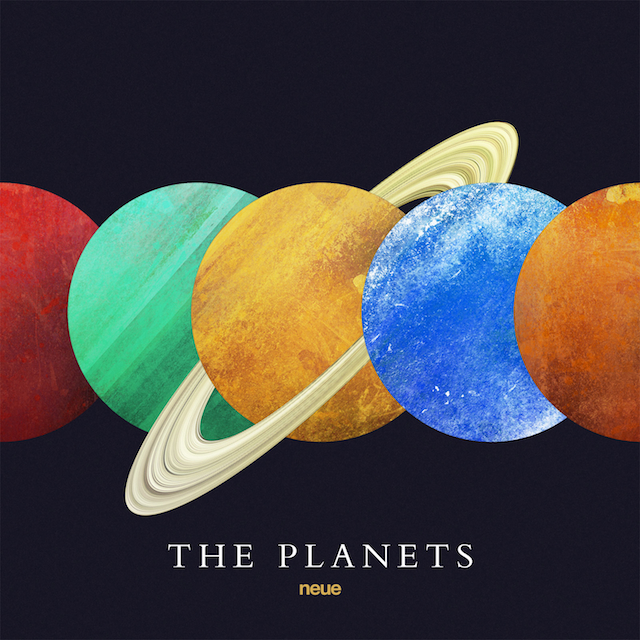 On Saturday night I was surfing the interwebs and half watching "Tomb Raider" on the telly... purely for the storyline and not Jolie's Lady Croft, of course.

I received an email from a lovely chap called Mike Lemmon who pointed me to an album he recently wrote to soundtrack the awesome "Experience the Planets" website (more on that later - needs Flash to fully appreciate). He gave me a free copy and asked me to post on it... if it caught my interest.

I jumped over to his bandcamp site and was blown away. Let's just say... Lady Croft was no longer competing for my attention.

The Planets is an ambient electronic conceptual album that seeks to provide a post-classical soundscape backing for each of the planets featured on the "Experience the Planets" website... except Pluto, which is no longer considered a planet. Which is a shame... because I remember when Pluto was a planet and not just a cartoon dog. Anyway...

"Mercury" begins with a wonderfully ominous crescendo of sound before bringing hints of sequencer and metallic drones... that project the essence of the unknown... a barren and desolate unknown.

"Venus" is next up... with a sense of royal grandeur apparent in the waves of post-classical drones... and the showers of chimes and the crashes of symbols.

"Earth" continues with the pervading sense of grandeur... with beautifully air waves of sound underpinned by the subtle strumming of an acoustic guitar. There is a real sense of light and being in this track... that is wonderfully euphoric and entrancing.

"Mars" is far more dynamic... with an urgency from the outset... with intense drones that are joined with a driving sequencer that feels tribal and war-like. Strings then joined the soundscape and build the intensity and feeling of anticipation... before dissipating into drones and a brief but haunting melody played on the piano.

"Jupiter" is a truly breath-taking track that humbly starts off with desolate drones and computer-like chirps before wondrously deep strings enter the fray... playing a deceptively languid melody that builds to a climax... before short bursts of strings are heard. All this disappears and is replaced with another brief but haunting melody... before the grandeur and regal elegance of the largest planet is revealed in all it's glory... with big, broad drones and build in intensity before previous themes return... before dissipating in waves of sound.

"Saturn" has a similar majesty about it... expressed through powerfully elegant waves of electronic sound... and a persuasive rumbling in the background.

"Uranus" starts differently... with a single note played over dramatic waves of droning sound. A harp can be heard... slowly and intentional playing a subtle melody before a glockenspiel, cello and a harpsichord join in... contributing a sense of a grand post-classical ancient-futurism to the piece.

"Neptune" comes last... with a remarkably cold sense of desolation. Chimes contribute to this soundscape... one that is brought out with expansive layers of drones... and the subtle yet menacing refrain from a piano. The drones rise and fall like waves in the sea... providing a real feeling of otherworldliness... before fading into nothingness at the end.

The Planets is my kind of awesome. 31 minutes of the most wonderfully descriptive and immersive post-classical ambience that I have heard in a long time.

If ambient soundscapes are your thing then I would recommend you add this album to your collection.

Between receiving this album on Saturday night... and writing my thoughts this afternoon... Mike has added "Pluto" as a bonus track. Yay!!!
Posted by weareallghosts at 7:03 pm