Guest Post :: "My name is Alex and I'm a vinyl addict" 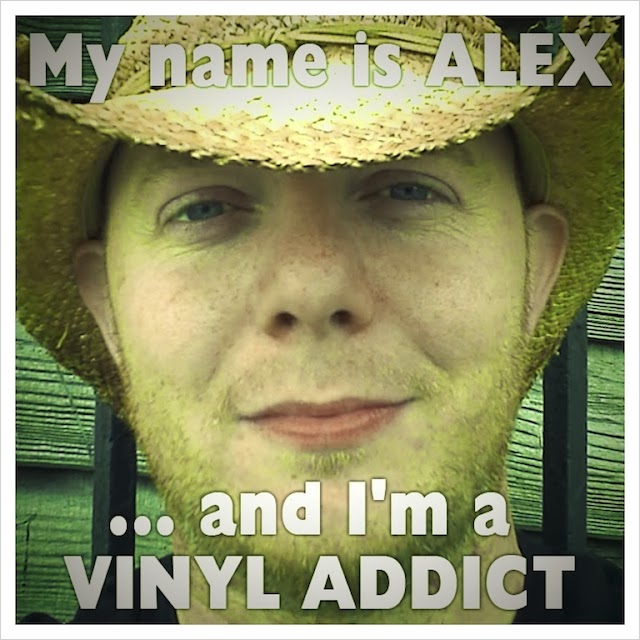 I haven't done a Guest Post in a while ... so when my friend Alex recently told me about his new hi-fi set up, I asked him to write about it. This is what he had to say:

Like many vinyl junkies it crept up on me. I wasn't always trawling through eBay, or scouring second hand shops looking for that specific 180gsm gatefold treasure. My collection started out as a meagre 5 albums all of which I am too embarrassed to list, back in the 90s and has steadily grown to its now 300ish bulk.

My first vinyl hardware set up was as you would expect not worthy of a fan fare. It consisted of a very cheap Sony turntable from the mid 90s and a not too shabby Kenwoood 3020 integrated amp. Nothing changed for a great many years as at this time CDs consumed me. The turntable was really just to complete my separates system.

Then there was this friend who was big on vinyl and had spent a fortune on a serious setup.

Monoblock pre and power amps bi wired and hooked up to a purpose built turntable made up of a 6 inch composite platter, separate motor and power supply. I did not have the money to spend on a system like this but crikey it was a thing of beauty. Not long after being introduced to this beauty I made my first tentative step into proper vinyl HIFI audio. I bought a second hand Thorens TD160 Super for £150. I made some minor mods to the platter and dampening and a nice platter matt to help improve the sound quality and it became clear that the better the source the better the listening experience. My then year old Kenwoood amp was still doing a lovely job.

So my love of vinyl was ignited, and the cd player and tape deck and tuner separates which took up lots of room all slowly disappeared. Life was good.

Spring forward 10 years however and now things started to go wrong, first the volume control became a little crackly on the amp when turning it up but it was still working. Then disaster struck as the phono stage stopped working altogether!!

This was October, Christmas was looming and I have a 1 year old. Money was tight and all I had was £200 (at a push) to play with.

I had lost touch with hi-fi over the years having been content with my simple set up producing a nice sound stage with a pretty detailed listening experience. I did what any self respecting researcher would do. Google to the rescue. I re-discovered the audiophile pre and power amp systems of my dreams and decided to set myself a challenge. Build a pre, power amp set up with a separate phono stage on my measly budget.

I was soon to discover this was not going to be an easy task. Pre and Power amps are expensive and second hand ones still hold their value well, very well. With just one purchase capable of blowing my entire budget. Dejected I decided to just go for a phono stage instead and stick with my increasingly flaky Kenwood 3020 amp.

I discovered the Rega a2 phono stage after auditioning one and being seriously impressed with the results. I started scouring eBay and the sales sites to see if I could get one cheaper than the £80 price tag in the shop.

I was still looking at the pre power amp setup and had taken to haunting the DIY audio forums with dreams of building my own amps. That's where I stumbled on it. A link to an eBay seller who sold tube amps from China in kit form, and that they were, according to some very detailed reviews actually pretty good. Imagine my surprise when I found this little Chinese outfit selling tube RIAA phono pre amp, 4 tubes.... TUBES.. and significantly cheaper than the rega. I was in.

My seemingly impossible goal of building a budget system was looking more of a reality.

Now about that pre and power amp set up. At the same time as the phono stage I discovered that the same crew made single input pre amp. I managed to get a little bear mini valve pre-amp for £15, which even if it was useless would at least allow me to get started and upgrade at a later date.

I was energised, my dream was becoming a reality. That's when I discovered these amazing little digital amps. Based around the Texas instruments t2024 chip. Some of the reviews were truly amazing. Notably a British company who make a wonderful little amp known as the bantam and it's big brother the bantam gold, which was getting reviews better than a lot of serious audiophile amps. They also did a proper power amp version. But still a bit rich for my budget. So went back to the diy forums to see if there were any alternatives. I heard mention of the Muse digital amp again made by a Chinese outfit but with the build quality and sound quality on a par with the bantam, at half the price. By this point I had listened to a digital amp in my local hifi store and was very surprised at the depth of the sound stage and how much power there was. This tiny amp was no bigger than my phone and was easily powering a set of floor standers. I stumbled across a 2nd hand Muse 50 watt amp on ebay which had been an unwanted gift. It also had a volume control so if my pre amp was rubbish no loss. It was a win win.

Add this to my Thorens TD160 and my shelf top Mission 700s we were good to go.

The digital amp was here in 2 days. 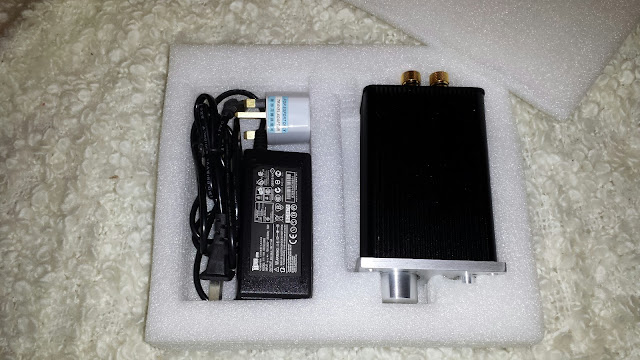 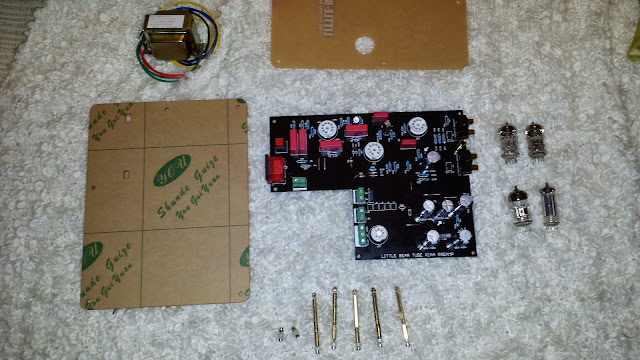 So i got to building. 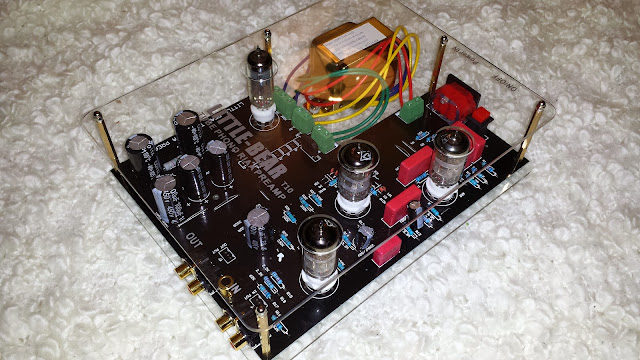 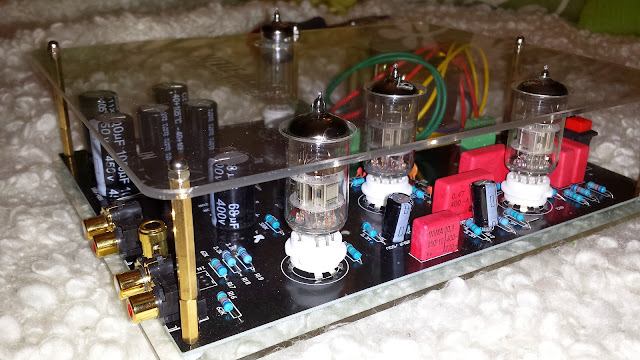 Finally it was there and I was pretty pleased with the look. 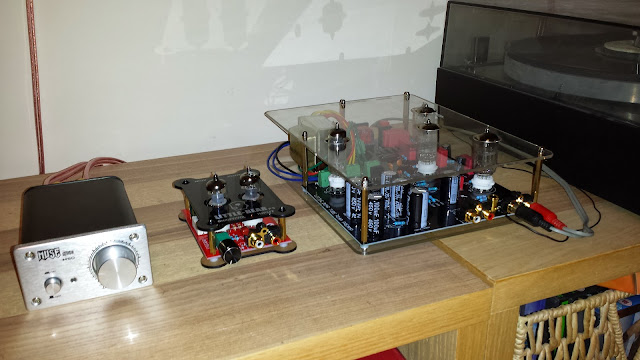 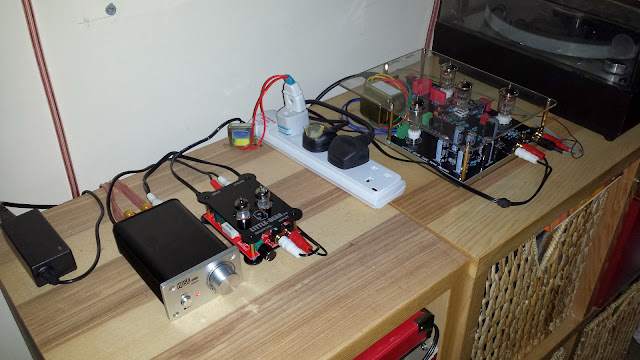 I started with my all time favourite Jazz album, one I have listened to for many years. Miles Davis' "a kind of blue" on 180g vinyl, and I was blown away. I had listened to this via my iPod with the digital amp to test it when it first arrived. The sound stage had really opened up, the detail was incredible if not a little clinical. I was really impressed. The difference the phono stage and pre amp made was nothing short of miraculous. The tone was rich, the bass suddenly had real presence and it was a joy to listen to.

Each LP I played brought another surprise. "Dark Side of the Moon" had this wide sound stage with instruments delicately dancing around each other. Jeff Buckly and "So Real" almost had me in tears as the prescence and warmth of his voice came to the fore on "Hallelujah" and "Corpus Christi Carol". Even the heavy rock notes from Rage Against the Machine and Wolfmother were deeper and more gutsy.

I could go on at depth and review each LP that I listened to that day and since but basically the music feels more real, instruments came to life and vocals have deep emotion. The sound stage has opened up and given life to a lot of my older vinyl. 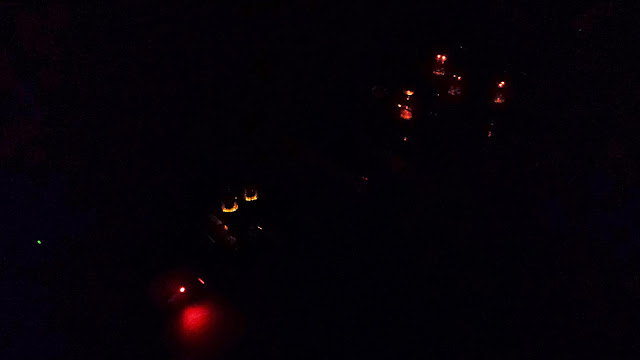 Even my wife who is not a fan of the glowing tubes and wires, something about not being baby friendly, had to admit that it sounded amazing.

So in summary I have pulled together a system for under £150 which sounds like it should cost at least 3 to 4 times more, and has given me a foundation to really build on. But more importantly is that I am enjoying my vinyl again and that was always the real goal.

If you have something you would like to share on this ol' nanolog ... please don't hesitate to get in touch.

Tx
Posted by weareallghosts at 8:53 pm