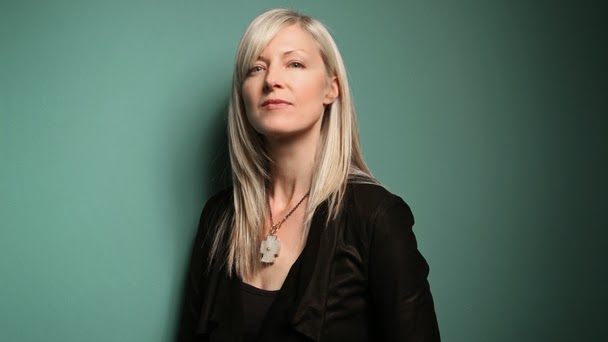 I wake up early at the weekend to listen to Mary Anne Hobbs' weekend breakfast show on BBC 6Music ... her show, from 7 to 10 am, is an utter treat.

Whilst my Olly thinks I am mad, I can't think of a better way to start off both precious days than to listen to the music and features Hobbs has prepared.

What makes her shows stand out are three things ... Hobbs' eclecticism, her love of new music & her community-creation.

Firstly, let's consider her eclecticism. Take the playlist from Sunday, 2nd February's show as an example ... we had tracks from the following bands:

I can't think of any other show with this variety of music is played on the same show ... and it is an eclectic mix that really works together.

Now ... there were other bands played but I wasn't familiar with them. That's where Hobbs' love of new music comes to the fore ... she doesn't just 'play' new music, she features it!  Hobbs really pushes new or unfamiliar music ... take her patronage of Nils Frahm, for example ... she played his awesome track - "Says" - from his 2013 release - "Stays" -  on Erased Tapes as her 'sunriser' track not once but twice ... I find  this remarkable - independent piano-orientated neoclassical music not just played but made a feature of.

I love her show and if I miss it, as I have recently due to having pertussis, then I play catch up using the BBC's fab iPlayer.

The thing is ... I loathe missing Hobbs' show because she makes it so interactive. She genuinely cherishes her listeners and makes her show come alive by giving shouts-out and engaging with those of us who tweet or text in. I openly admit to being a tweeter-inner and my heart sings when she reads out my name ... by doing so Hobbs makes me feel 'part' of the dedicated community that surround her ... the community she has created. And trust me. its very easy to be loyal to someone who loves music as much as she does!

What's more ... Hobbs has a segment on each show called "Three Minute Epiphany". These segments feature sagely advice from a wide range of creative talents. Think of it as a 'thought for the day' from the creative community on art, music, poetry, photography ... amongst other things. It is fascinating and if you follow me on Facebook you'll see me share the photos that come with these thoughts. I find these epiphanies inspiring and really welcome them.

Radio should be about discovery and Hobbs does a grand job in opening up the airwaves to new music and creative ideas. Radio should also be about community and interaction ... something I think Hobbs does without even trying. I don't look up to many people - I'm like Chuck D, my heroes don't tend to appear on stamps - but Hobbs is someone whose talent is worth recognising:

Mary Anne Hobbs is a national treasure and long may she continue to open up the airwaves!