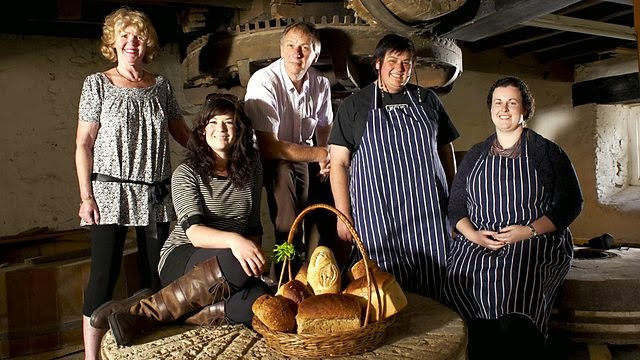 I'm not skilled in kitchen. I can make rock-buns and have been know to make cupcakes with Olly's guidance ... but that's it.

However, I watched a show on BBC2 yesterday called "The Big Bread Experiment" where a group of women get together to make artisan bread (you can watch the show on iPlayer > LINK ).

I found the show very inspiriting ... the thought of community-creation and folks working together, making things by hand, tasty bread and local ingredients inspired me.

While Olly and the girls were out at church (my pertussis is still grounding me) I tried to bake a simple Irish Soda Bread loaf following this recipe from James Martin. 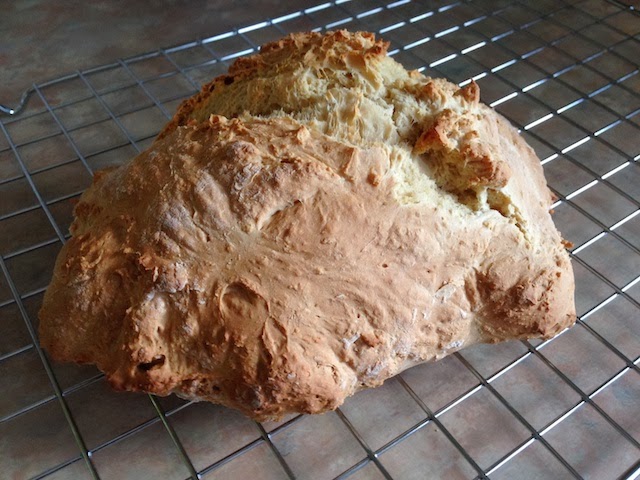 My attempt doesn't look *anything* like the loaf shown in the recipe ... for one its not round ... but its not just what it looks like but what it tastes like that counts. 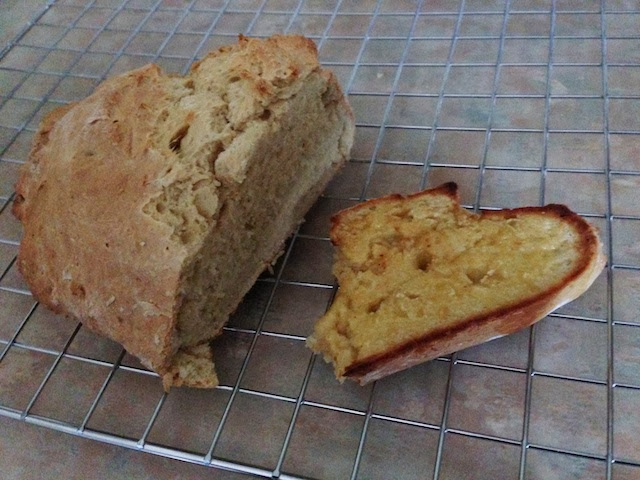 I waited until Olly & the girls returned then cut a few slices to try ... toasting them in the oven then giving the slice a good coating of butter (Olly had butter & honey). It was delicious and reminded me of an Irish Soda Farl.

This was Olly's reaction:

I am rather chuffed, if I do say so ... but more than that I am inspired. It wasn't hard ... just as replacing my hard drive in my MacBook Pro wasn't hard.

Who'd have thought I'd be baking, huh? 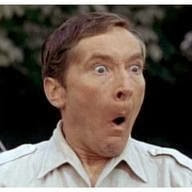 Give it a go yourself ... you never know.

Tx
Posted by weareallghosts at 3:25 pm