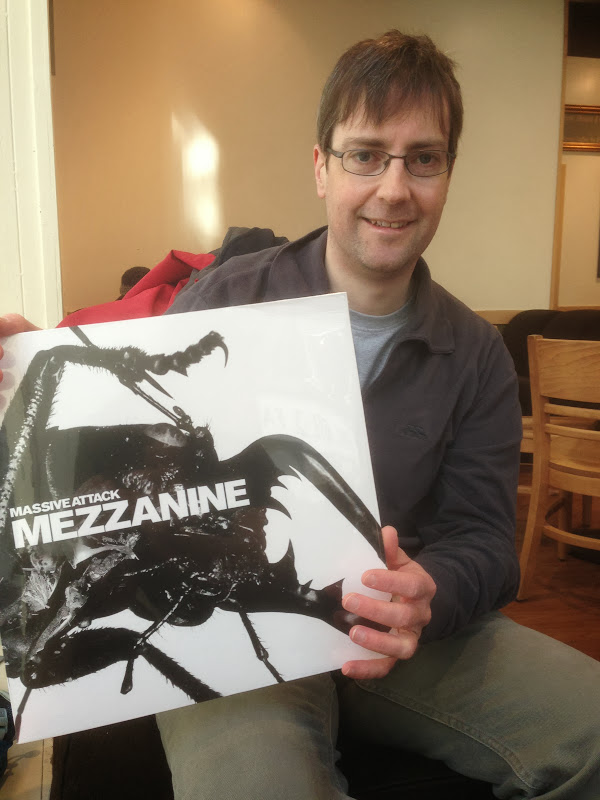 On Saturday I had the pleasure of meeting up one of my longest running friends - Robert Dailey. Olly and the we’ans were in town for something church-related, so I tagged along so I could see my old friend.

The plan of attack was simple: meet up, grab a cuppa & exchange belated Christmas gifts then go record / CD hunting.

It was at the first hurdle that I realise I had left Robert’s present in Motherwell ... so after apologising profusely I was given a suspiciously record-shaped present, which turned out to be “Mezzanine” by Massive Attack on heavy vinyl. I was delighted. Massive Attack are one of my fave bands and “Mezzanine” is an extraordinary musical journey ... “Teardrop” alone is worth the money. 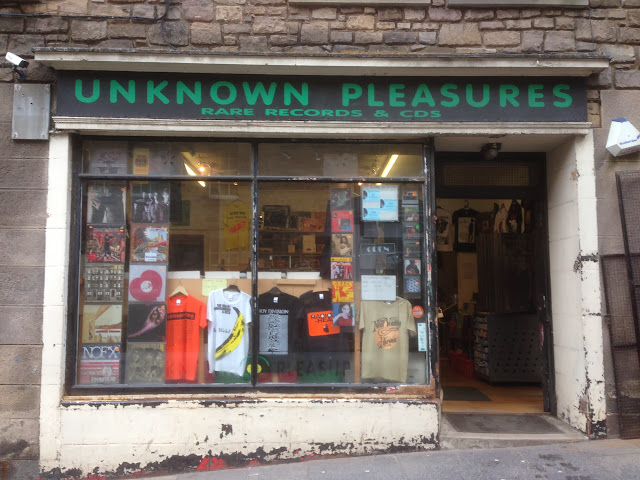 We then headed near-enough next door to Unknown Pleasures, a shop stocked with a well curated selection of second-hand vinyl & CDs as well as some tees and DVDs. 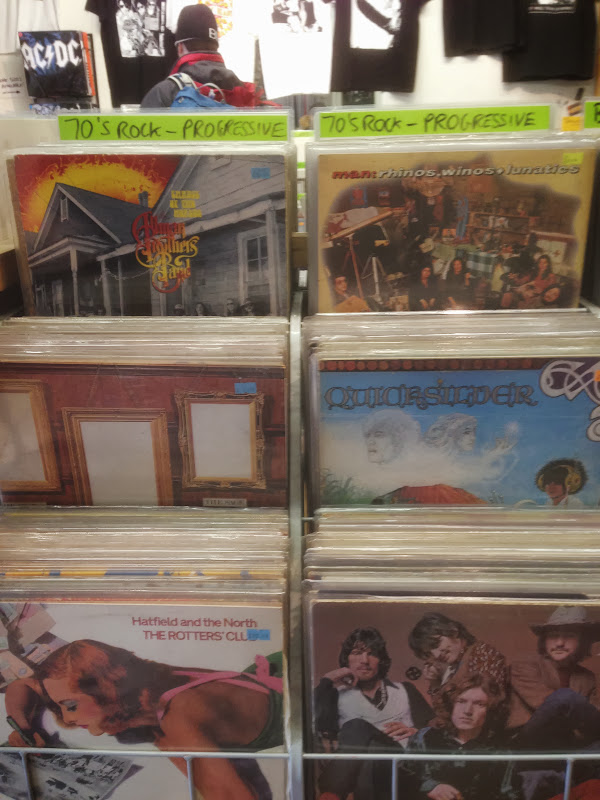 The vinyl selection was strong: big sections of soul, jazz, dance,and indie were apparent along with a varied selection of 7". The section i was interested in - the progressive / psychedelic / classic rock. This was full of individual sections for Frank Zappa, Led Zeppelin, the Rolling Stones, Yes and others. I found a number of albums that interested me but settled on “Abraxas” by Santana & “Albedo 0.39” by Vangelis. Both covers were in prime condition and the Santana vinyl was pristine upon examination. The Vangelis vinyl, in the other hand, needed a good clean upon my return to Motherwell but now looks / plays well. 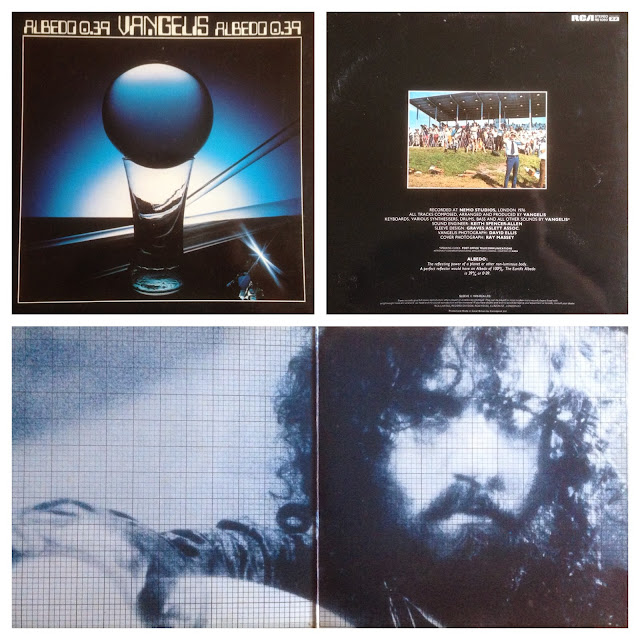 From the Royal Mile we took a leisurely walk towards the Playhouse. Just beyond the Playhouse is the second stop on our hunt - Vinyl Villains. 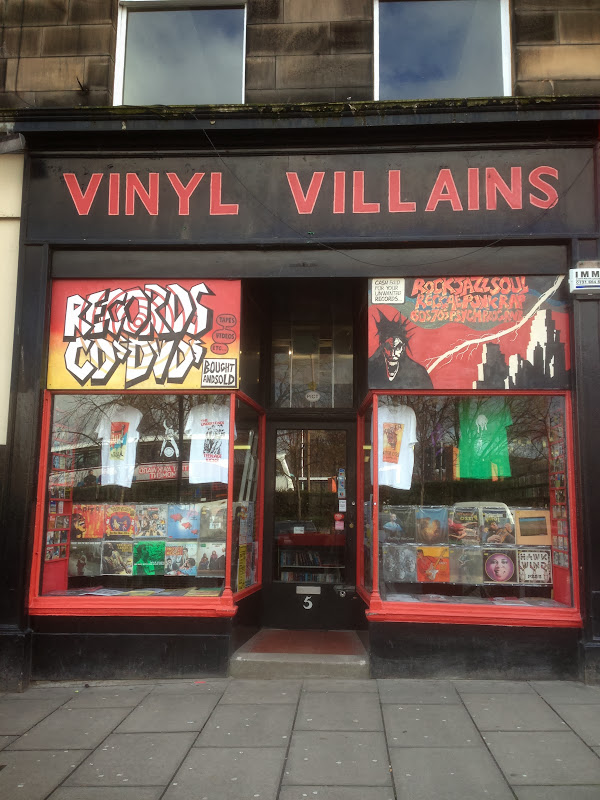 Vinyl Villains is an institution in Edinburgh. I don't know how long it has been on-the-go but i’m convinced my peers spoke of it when I lived in Livingston 20 years ago. It is a small shop and seriously punches above its weight. One side is stocked with new and second-hand vinyl with the other side stocked with CDs and merchandise. 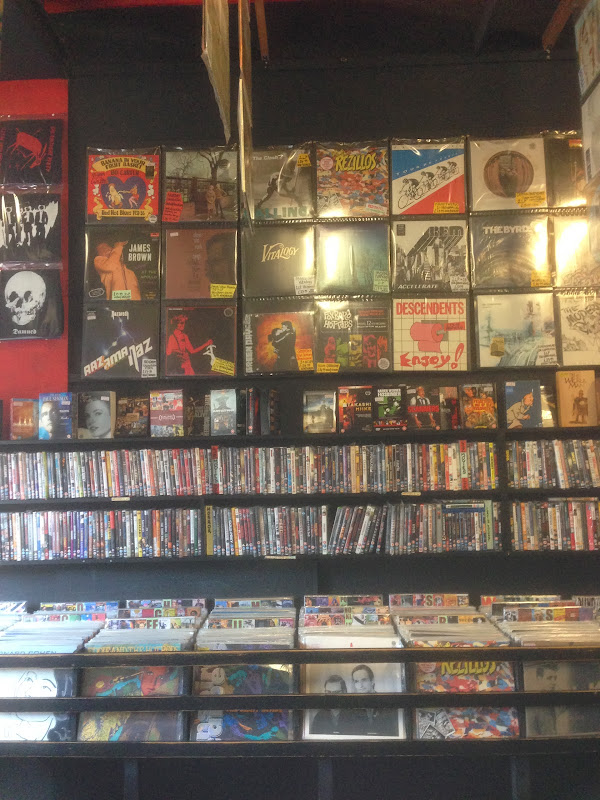 I don't know about you but when I’m on the hunt, I always check the reduced section. I am so glad I did while in Vinyl Villains - I picked up: “Hegerst Ridge” by Mike Oldfield & “Journey to the Centre of the Earth” by Rick Wakeman - both albums were on my wanted list and the Oldfield had nearly been purchased earlier in the day for twice the price. I then found “Olias of Sunhillow” by Jon Anderson in the main section and my hunt was complete. 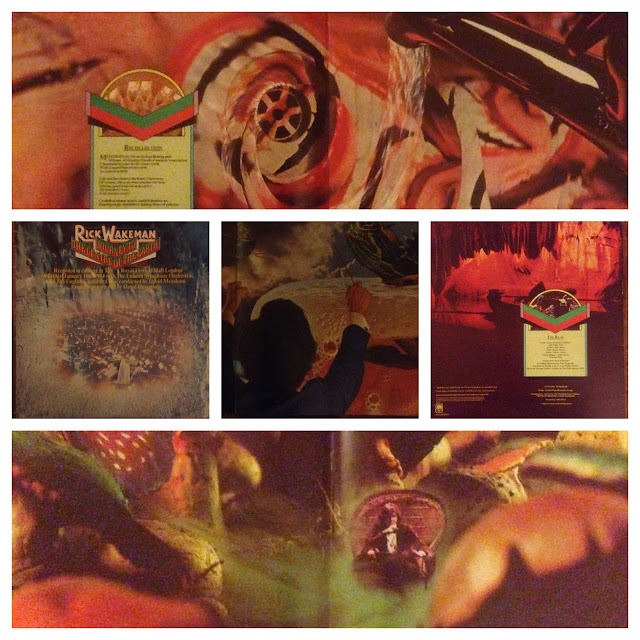 ^ “Journey to the Centre of the Earth” by Rick Wakeman ^ 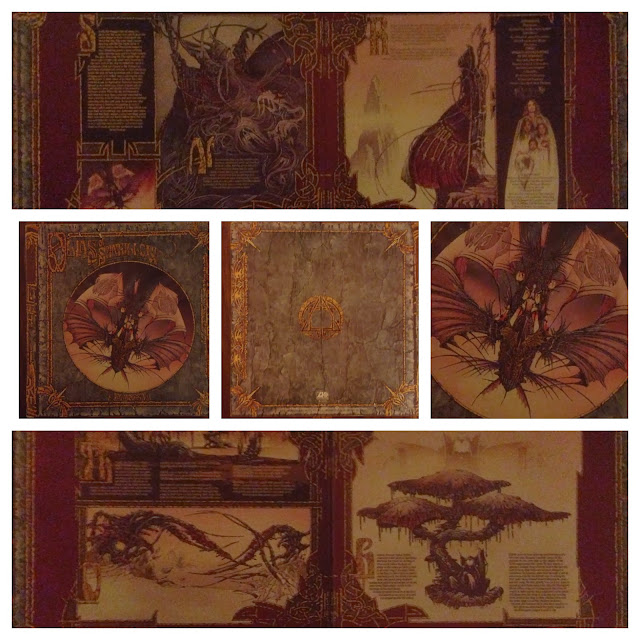 ^ “Olias of Sunhillow” by Jon Anderson ^

All three albums were in very good condition - both covers & vinyl. I was particularly enamoured by the covers for “Journey to the Centre of the Earth” and “Olias of Sunhillow” - they are fascinating pieces of product design ... with “Journey...” having a booklet attached inside the gatefold sleeve and “Olias...” having a triple gatefold sleeve. Both albums have exceptional artwork in their own way and I'm delighted to have them in my collection. 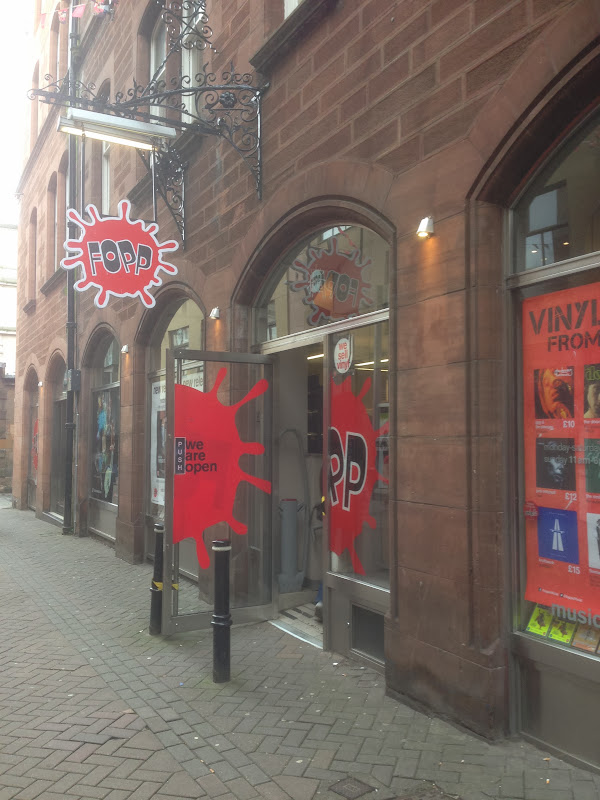 From Vinyl Villains we then headed to Fopp on Rose Street. We were in need of sustenance and Fopp is near the main eateries. I love Fopp, it's my fave chain. It is a faux-indie that celebrates music in all it's forms, a faux-indie that has embraced vinyl and has a rather enticing selection of new LPs. It also has some fab tees (see below). Whilst I was seriously tempted with “Moon Safari” by Air for £10 or the "Pet Sounds" tee for £15, I was only window-shopping. I had set a budget and had kept it - 5 LPs for £15 was pretty good going, if you ask me?! 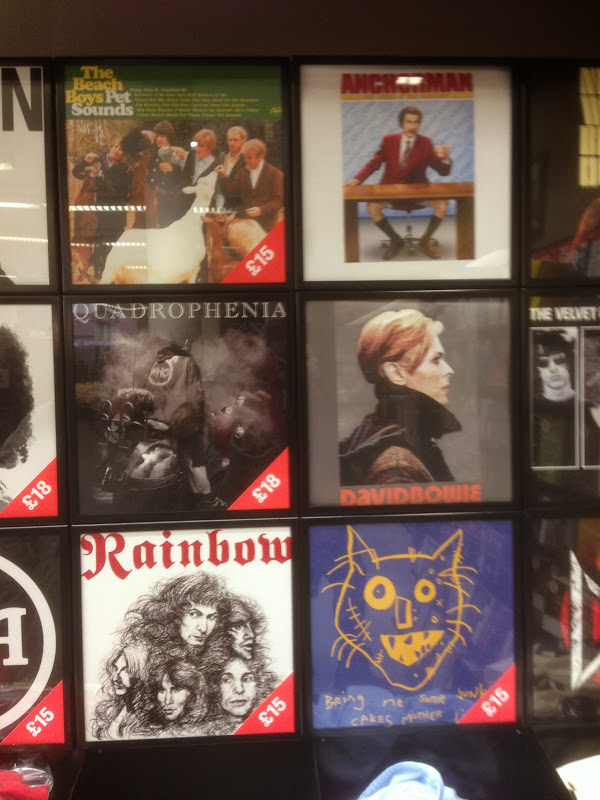 I thorough enjoyed the trip and thank Robert for his hospitality. I will be back: Edinburgh has more to offer in the form of VoxBox and Oxfam Music, both in the Stockbridge area ... and the shops I visited today deserve more of my time (and money) too.