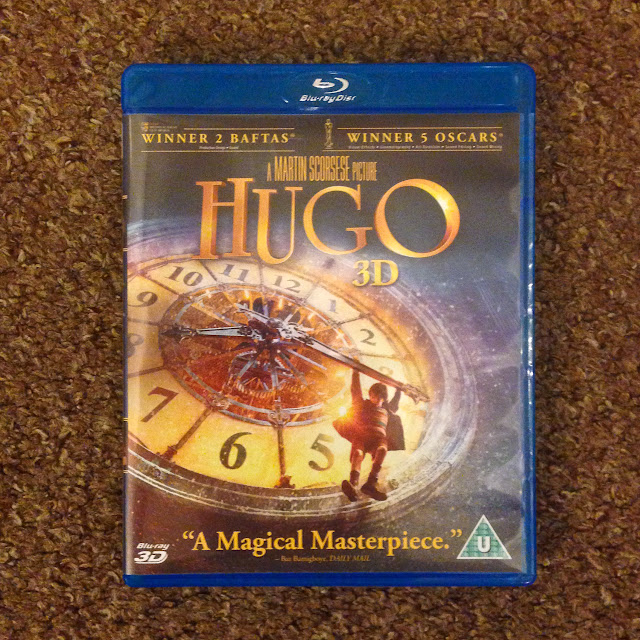 I had rented it from my local library and had thoroughly enjoyed  it with my family ... so much so I received the soundtrack for my Christmas in 2012.

It is a masterpiece, one that has been sorely overlooked by so many people. There is nothing offensive about it to warrant it being ignored, other than it being a bit slow in places. It looks stunning and features some great acting talent ... such as Ben Kingsley, Sacha Baron Cohen, Ray Winstone, Christopher Lee, Frances de la Tour, the late Richard Griffiths and Jude Law.

I love this film so much that it was the only choice when I was asked to host a film night at my church ... as I said, there is nothing offensive about it, it is a lovely yarn that is suitable for all ages ... and all ages enjoyed it on the night.

I was never sold on blu-ray until I watched Hugo ... it is for blu-ray what The Matrix was for DVD ... and when I watched it I was convinced.

Posted by weareallghosts at 8:57 pm