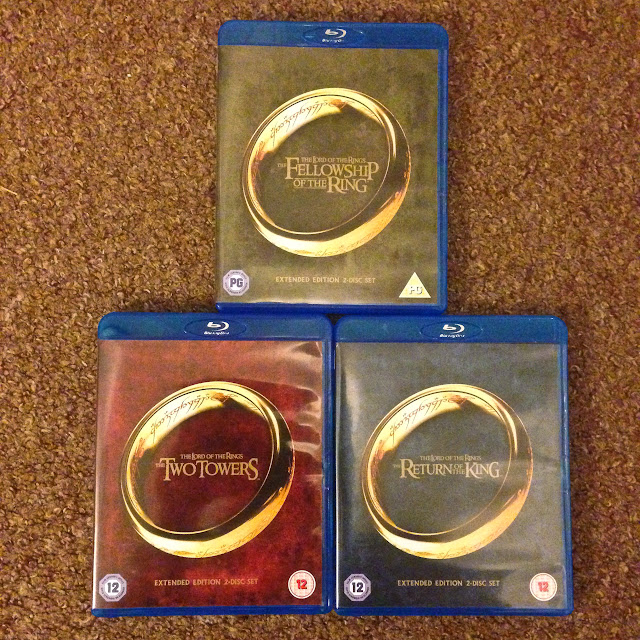 Fellowship of the Ring was the first blu-ray I bought ... purchased with birthday money in 2012 along with my LG blu-ray player. I am a HUGE LOTRs fan and I particularly love Peter Jackson's vision of Middle-Earth. I have the extended versions on DVD and, well, they've been over-played. I needed to replace them and used this as an excuse to buy an inexpensive LG blu-ray player.

There is something special about these films, something I cherish. They are precious to me ... and to have them on blu-ray is a real pleasure.

Tx
Posted by weareallghosts at 8:58 pm