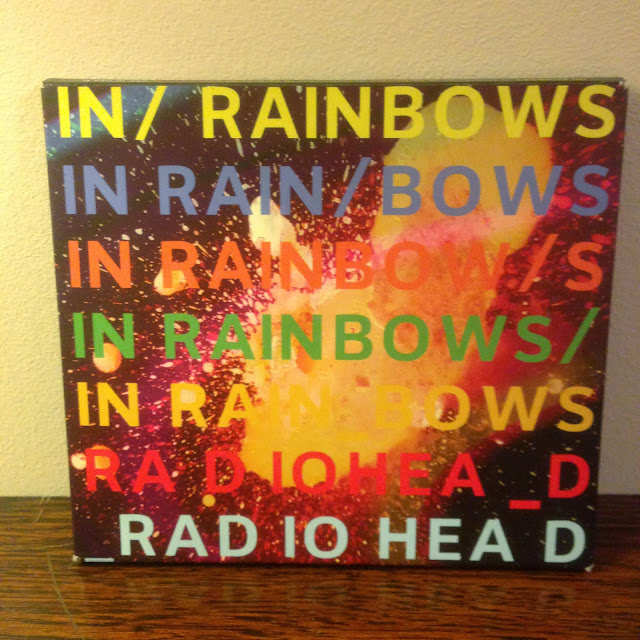 I bought the CD version of "In Rainbows" on sale in WHSmith's on Sauchiehall Street, Glasgow; a good wee while after the CD was released. I think I picked it up for £5 or so.

I downloaded the album when Radiohead did their whole 'pay what you want' experiment and absolutely loved it ... in fact, I credit this album as being the catalyst for my love of Radiohead ... it opened the door. I didn't pay for album when I legitimately downloaded it and always regretted it afterwards. I rectified the situation a while later when I bought it on CD.

The CD comes with stickers that would allow you to create a copy and create another sleeve. I don't intend on doing this ... I am tempted to put the stickers on my MacBook Pro but, to date, haven't succumbed to this temptation.