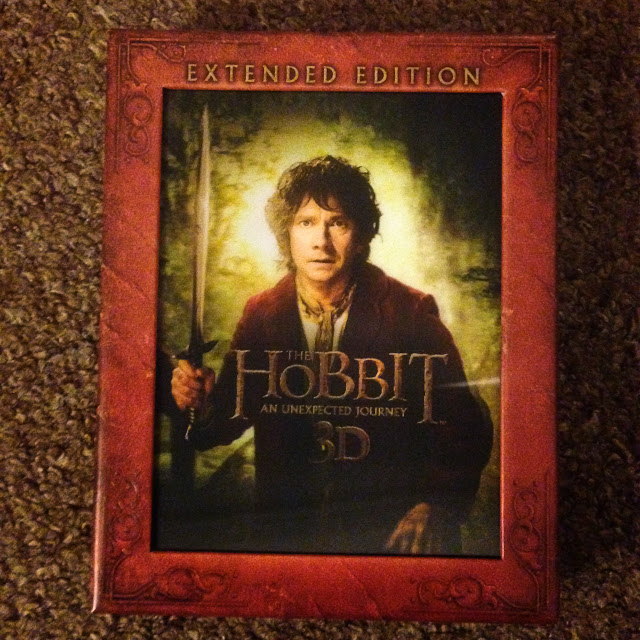 I was given The Hobbit: An Unexpected Journey on blu-ray by Olly on the 12th December, 2013. It was an early Christmas present, one that came about because I couldn't find my copy on DVD to watch the night before we went to see The Desolation of Smaug (a film I thoroughly enjoyed).

My wife didn't intend for me to receive it 13 days before Christmas but understood my frustration / disappointment at not being able to source the DVD. Olly understood why I wanted to see the film and kindly gave me the film early, worrying as she did that I wouldn't appreciate it as part of my Christmas ... how wrong she was, it means more to me now. I have not only a good film to watch when I want (the extended version is fun) but I have a story of a wife's love and devotion to her husband, a wife I am proud to call mine.

40 Days of Enough is about understanding the connection we have with things and treasuring the sentiment that is wrapped up with them. My most precious things were given to me by my Olly or my we'ans or my parents ... mostly because of the love that is given with the 'thing'.

I might have too much stuff, as might we all ... but we can never have too much love and must not take it for granted when it is given. It is a kingly gift, like the Mithril shirt given to Bilbo, a shirt that could have bought the Shire.