Loving... "The Calling Whisper" by Transcend with Time 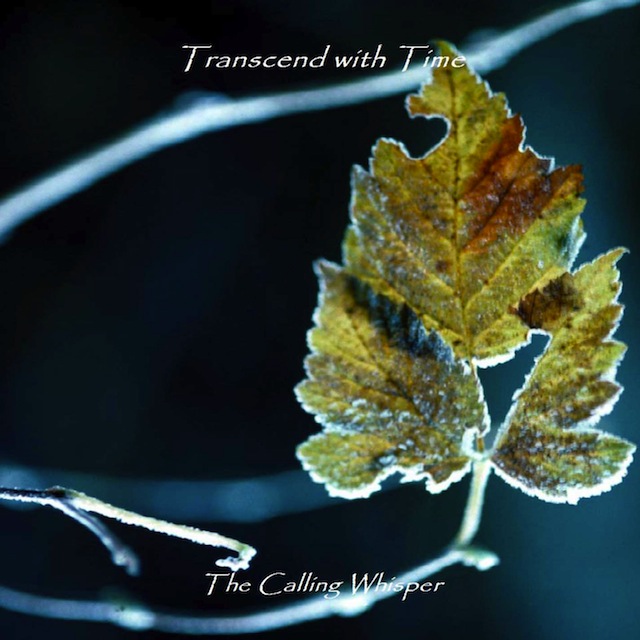 There are many different genres of music in my collection... from country and folk through to electronic and even death metal. I do not have anything that goes by the title of “new age”.

I recently was asked to review an album that the artist described as “new age” (along with progressive and ambient) and I was initially sceptical... I’m not into Yanni and wasn’t sure what I could add to build the release up. If I don't like something I will either say so (if I have to) or not publish... the world is full of negativity and I don't want to add to it.

The release was “the calling whisper” by a chap called Mark Mendieta from Brownsville, Texas; who uses the moniker Transcend with Time... and I was pleasantly surprised at how good his release is.

Mendieta is part of a prog rock band called ’Subject to Thoughts’. ’Transcend in Time’ is his side-project... you could call it a self-imposed challenge to write music for a different genre... influenced by Dream Theater, David Arkenstone and Symphony X... to name a few.

Basically think of a soundtrack... with music from piano, synths and percussion... and you’ll get close to the music presented by Mendieta here... music that straddles both the fore and backgrounds as desired.

I found the release to be wonderfully relaxing... it is beautiful bubble bath music that uplifts the soul... reawakening and reenergising my inner self... rebuilding it through the power of rest. I know this may sound vacuous and a bit airy-fairy but there is nothing more beautiful to me than music that promotes relaxation and rest... and this is a beautiful body of work.

What I particularly enjoyed about this release is how the tracks blend into each other... there are no gaps or unnecessary disruptions... just the flow of sound. I like that... it's why I love mixes and why this release really captured my attention.

To be fair, there is nothing new here... “the calling whisper” will not break new ground... Mendieta hasn’t gone out his way to define a new sub-genre of music that wasn’t there prior to the release of this album... but I doubt that was ever its intention. This isn’t about new but about the tried and tested. The sounds presented here are familiar and this adds to the warmth and delight of the listening experience... rather than detracting from it. It’s as if you are spending time with an old friend rather than working to make a new acquaintance.

All in... “the calling whisper” is a welcome addition to my collection and will become, I have no doubt, a well-played album for the times when rest is the order of the day.