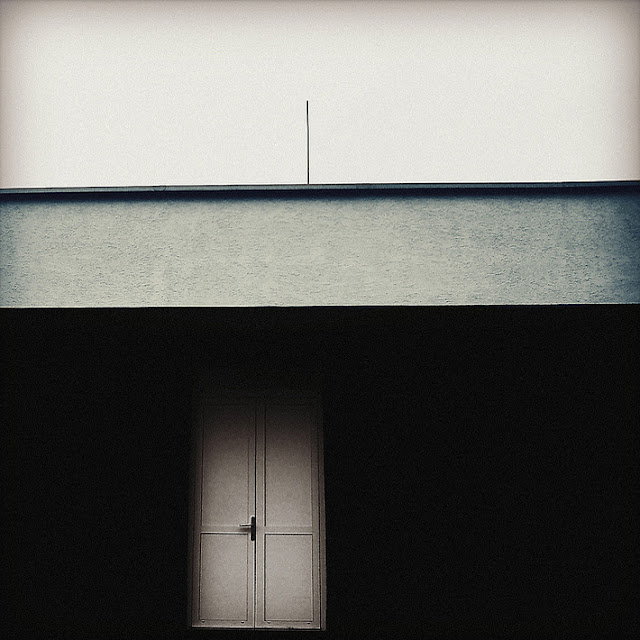 According to the liner notes ... "Lost" is a journey through several cities where Linear Bells literally sought to lose himself. It describes his personal immersion in Birmingham (UK), Altea (Spain), Venice (Italy), Nantes (France) and recounts all the feelings that came with this immersion.

This concept makes "Lost" by Linear Bells an intriguing proposition to me ... he has sought to encapsulate in sound his feelings of being lost in some interesting cities. I, for one, have gotten lost in Venice and its a remarkable feeling. In many ways, it's the best way to see the city ... a city I love dearly. I have fond memories of walking aimlessly in the dark alleyways, hiding from the heat of the day, finding beautiful sites and unusual boutiques. For Linear Bells to seek to capture this feeling in sound intrigued me.

"Lost" is a 4 track drone-based ambient album with exceptionally beautiful artwork. It clocks in around the 50 minute mark which is more than plenty for the listener to get their teeth into - the 1st track accounts for half this elapsed time with the other 3 tracks coming in between 7 and 8 minutes each.

Each of the tracks, like the cities above, has their own vibe.

"Lost-I" is, to butcher a footballing metaphor, a track of 2 halves ... the first half is a glitchy ambient drone with vocal samples layered in such a manner to be identifiable as speech but not entirely distinguishable. This is rather disconcerting ... but in a good way.

The track then morphs around the 11 1/2 minute mark with the introduction of a driving techno beat and further synths. The beat and the synths come from leftfield and really transforms the track ... giving it some real bite. I love it ... especially when haunting otherworldly choral voices are presented at the edge of perception. It is an engaging listening experience.

"Lost-II" features N. Bourasseau and is an engaging drone that is interspersed with the otherworldly 'scanned' voices and the strumming of an acoustic guitar.

"Lost-III" has more of an ebb and flow to it … an in and out rhythm that I find very relaxing. It has a drifting quality that is almost hypnotic.

"Lost-IV" has a scratchy, glitchy vibe about it … with snippets of melodies layered together to create a rather delightful ending to this release. It is delicate, minimal, and utterly captivating.

I found "Lost" by Linear Bells to be an engaging and rewarding listen … one that is, at times, both delicate and powerful … one that is well worth a listen.

Have a wee listen below and if you like what you hear ... please do your bit to support independent music.

Posted by weareallghosts at 11:16 pm