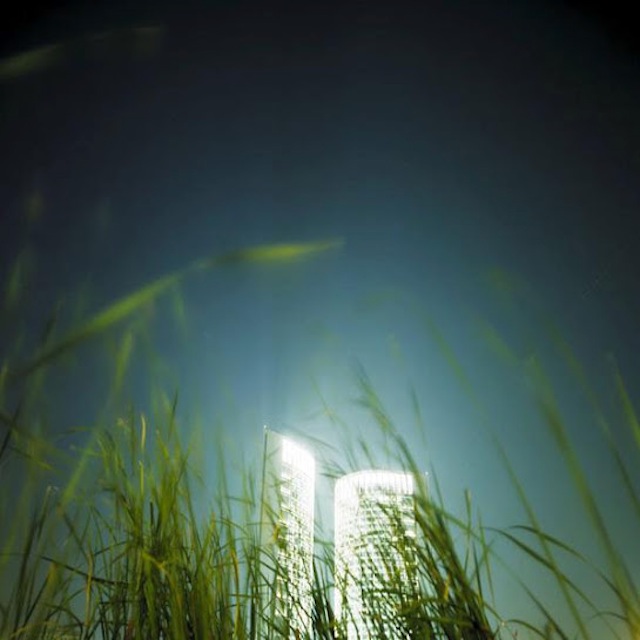 I reviewed Linear Bells recent release yesterday ... and wanted to follow with my wee blog interview. I caught up with David Teboul, the man behind Linear Bells via email ... this is what he had to say:

1)Who are you and what do you do?
I’m David Teboul (from France) and I run the musical project LINEAR BELLS since 2012. I’m a father of 3 diabolic kids, a  husband & a music lover. I‘ve been involved in music creation since I was a kid, playing rock’n’roll at school at the end of the eighties, then, creating electronica pieces in a duo (ACRE4) and with a solo project (EMBARK) in the 00’s. I also created at this period a label called ACRYLIK (now RIP) . Then I stopped music activities in 2007. In 2011 I started again to play some things and decided to try something new … LINEAR BELLS was born.


2) What are you working on at the moment?
Right now I’m organizing my new releases launches : LOST (CD + digital) is OUT since 2nd June on my bandcamp, then I’ll have HELIO GRABADOS (digital only & free) due to June 2013 on TESTTUBE Netlabel ... following that I have PE (one track release) that will be out for July2013 and an acoustic release for Hidden Vibes netlabel that will be out somewhere in Summer 2013.


3) Who inspires you?
I’m a MY BLOODY VALENTINE shoegazer generation fan … I mean, I was totally confused by this band (I was 22 when LOVELESS appears) and I understand that nowadays it still inspired me a lot !!

NANTES is a city that inspired me a lot. I was born in Nantes, this city is really wonderful, with a lot of creativity, a lot of energy and it stills Simple to live in Nantes and if you drive 10km, you’ll be in the fields.

Art paintings, Photos,  are also very important for me, and they are totally part of my projects, I’m a Rothko Big fan and I used to paint … I love taking photos too.


4) What drives you to do what you do?
As far as I can remember I’ve always created things, when I was a child I was making plans, constructing things … I can’t stay quiet for one day, I really need to make things, really needs to make music, maybe it’s what we called to be creative ??


5) What values do you wish your creativity to express?
Simplicity & honesty.


6) What role does community play in what you do?
A very BIG role. This part completely change the way we communicate today. For me, because I had a first "analog" musical life, our time is a real treat to communicate easily and worldwide. The downside is that there are now thousands of niches and it is sometimes difficult to get out of the ground ... but I assure you that I prefer our time.


7) What is next for what you do?
I have some projects for the end of the year. I’ll try to work slower for the next months (if I can). I borrowed a Reel to Reel tape recorder and I’m having fun with it, experimenting new things. I would love to finish a double CD album  with cello & piano but I have first to find a new cello (family life = some disasters sometimes !!). and most importantly, I hope to keep the faith in what I do ... if I lose the flame, so I'll stop again.

Thanks for taking the time, David ... your English is far superior to my French!

Have a wee listen to "Lost" below: