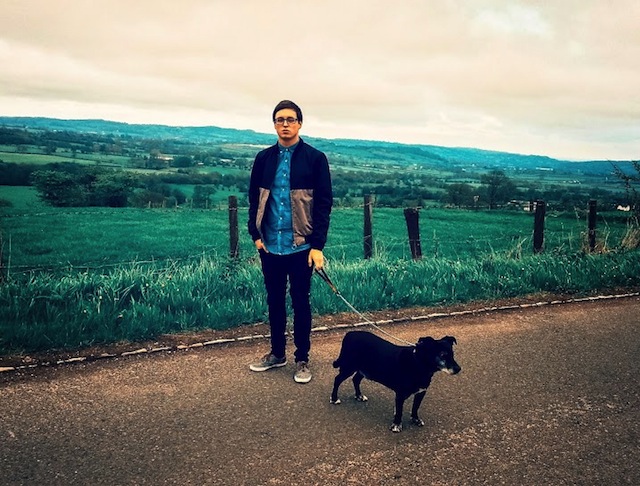 As has been my want of late ... when I review an album ... I seek to get behind the composer ... find out a wee bit more about him or her. Simon Housley aka Oathless is the latest in a long list of super-interesting people whose music has touched me and I wanted to know a wee bit more.

Here's what he had to say:

1) Who are you and what do you do?
I am Simon Housley from Stoke-on-Trent in the UK. I make ambient/electronic music under the alias Oathless.


2) What are you working on at the moment?
I’m currently collaborating with Tom Honey of Good Weather for an Airstrike and we hope to have an EP ready for release at some point over the next few months. There are a couple of other projects and ideas with rudimentary foundations in place but nothing significant as of yet.


3) Who inspires you?
I couldn’t possibly scale down my inspiration to a single artist but one of the most important has definitely been Burial. Obviously, no one really knows much about him, but the impact of one person on the world of music created simply with audio editing software on a computer is insane. It just goes to show that you don’t need to be a heavily educated expert in your field to have success; as long as you love what you do and spend enough time doing it anything is possible.

It may sound cliché but I am genuinely inspired by every place I go to and everything around me. Whilst I hardly live in a huge city it’s sometimes good to get out into areas of the Peak District for example. Some of the English countryside is beautiful.

I suffered from depression a few years ago and reach a point that I hope I never have to experience again. Music has always been a method for me to vent negative thoughts so you could say that is a significant inspiration behind my music. It’s getting more upbeat at times though I’m pleased to say!


4) What drives you to do what you do?
I think I’d always be making music no matter what, I love it. There are very few genres that I can’t really listen to so I’m always striving for new styles, exciting ideas and interesting sounds. Most of my friends have never really had a massive amount of interest in the styles of music I make so it was never about wanting to impress others it’s just something I’ve always enjoyed and wanted to do. Having said that, I’ve gained a few fans in the past year or two and now where it’s at the point that people are anticipating releases and can’t wait to hear your work it’s fantastic. Knowing I’ve had a positive impact on other people and given them a sense of enjoyment with something I’ve created is an amazing feeling.


5) What values do you wish your creativity to express?
Whilst I’m aware my music isn’t exactly the most upbeat, I’ve always hoped anyone listening to it would allow themselves to be immersed in it and maybe even contemplate their surroundings. I’m quite fascinated by minimalism – not that you’d know if you could see the room I’m in currently – and its various forms so I often try to employ a ‘less is more’ approach to production and hopefully that translates across to the listener as appreciating whatever they may have in life, even if it may only seem like a little.


6) What role does community play in what you do?
It’s an odd one, there isn’t really a local community in my circumstances as there’s no real ‘scene’ for this style and it’s not exactly something you can perform live in your local pub, as much as I’d love to. Community instead for me is the entire world via the internet, which I think is fantastic. Being able to share thoughts and music with virtually anyone on the planet is a wonderful thing and opens up so much potential.


7) What is next for what you do?
There are so many things I want to do. I’d like to have some physical releases, even if it’s in a limited quantity; I’ve had requests in the past so I know people would be interested. As I stated before I would love to be able to do live performances so if I could work towards a format that would work I’d definitely like to give that a go. Release-wise I think I’ll aim for another full length within the next year or two with a range of styles rather than the straight ambience demonstrated on ‘Peripheral’. Until that point, however, I’ll probably release a few singles and I’d also like to do a few remixes.

Housley's new album "Peripheral: Music For An Imaginary Film" is available now over on Hawkmoon Records. Have a wee listen below ...

Posted by weareallghosts at 9:04 pm