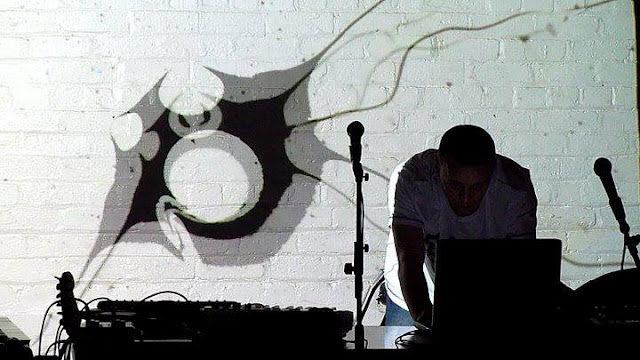 Yesterday I posted a review of "The Cerenerian Sea" by Solipsism & Nacht Plank. I was given the opportunity to listen to the album by Craig Murphy aka Solipsism ... who kindly agreed to answer my wee blog interview when I asked him. This is what he had to say:

1) Who are you and what do you do?
My name is Craig Murphy and I am a musician and producer of music in various experimental genres. I founded the Herb Recordings label in 2006 and ran it until 2013, when the label was taken over by an American music group who control a variety of independent labels. I now work in an A&R capacity for the group. My main musical project is Solipsism, though I have worked in the past with singer and lyricist Neil Carlill (Delicatessen/Lodger) as part of the psychedelic folk group Shoosh and more recently, I have been working extensively with Lee Norris (Metamatics/Norken) as Ashtoreth’s Gate and Solipsism & Nacht Plank.


2) What are you working on at the moment?
For the majority of 2013 I have been working exclusively on the Ashtoreth’s Gate and Solipsism & Nacht Plank material. Lee and I are both workaholics where music is concerned and it consumes most of our days in one way or another, so it’s been a terrific working relationship as we can connect on a musical level as well as a work ethic level equally and it has resulted in a sustained period of creativity. This has been great for me personally, as I tend to ebb and flow when working myself. Our first album as Solipsism & Nacht Plank is being released on CD via Databloem Records and we’ve just finished our second which will be released on …txt Recordings in the near future. The first Ashtoreth’s Gate album will also be going out soon on CD via Gterma Records and we also have some other stuff on the go. I also have a Solipsism album due for release on CD soon via Twice Removed Records called "A Distance Between Us" and a few other things materialising in the near future. It’s been a busy year!


3) Who inspires you?
- Name an artist who has inspired you.
Lots of people have inspired me over the years, lots of places, events and even hazy memories have all played some part in inspiring me, though I can’t really pinpoint any single person as being more inspirational than the other.

- Name place that has inspired you.
The Isle of Mull

- Name some "thing" that has inspired you.
Space


4) What drives you to do what you do?
The single biggest influence on me musically is someone from a largely unrelated genre, Frank Zappa. I’ve been a massive Zappa fan since I was a teenager and he was a great role model for artists who want to do things their own way in spite of current trends and also for artists who want to actually do it themselves. Zappa ran a cottage industry pressing his own CDs and vinyl and even took care of much of the distribution. He resented the power that major labels had and successfully sued at least one of them. His most important lesson though was to show that you can do what you want to do if you have the will and determination to do it and the belief in what you are doing. He pioneered cross genre experimentation in the 1960s with the first genuine jazz/rock fusion album titled Uncle Meat and experimentation would remain key to all his future releases regardless of the structure of the band or the genre he was working in.


5) What values do you wish your creativity to express?
Escapism, plain and simple.


6) What role does community play in what you do?
As a solipsist, not very much I’m afraid!


7) What is next for what you do?
You never know what the future holds, but I’ll keep working on music until I have a better idea.