My thoughts on "The Seed" by Plum 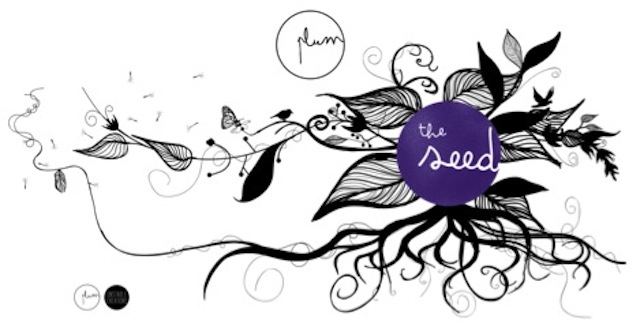 I was delighted to receive a press pack from Plum aka Shona Maguire recently that contained a copy of her latest album "The Seed"... I have a lot of time for her and I was not disappointed with what I heard. So much so I kept asking myself why isn't this lass in the mainstream... why isn't she selling gazillions of records and attend Oscars parties?

Seriously... the album is that good. It has the sound and feel of music from the leftfield of mainstream. Think Goldfrapp... think Imogen Heap... think The Knife but with Scottish pronunciation and you'll get a glimpse of what Plum offers on "The Seed".

Her music is wonderfully diverse - this album is filled with fuzzy  bass and singalong choruses ("The Seed")... glacial electronics with subtle acoustic guitars ("The Truth & The Knife", "Dirt" or "The Climber")... beautifully layered vocals, melodic percussion and neoclassical strings ("Dust")... big, bass-heavy percussive electronics and effects ("Smile" or "Chrysalis")... found sounds ("Butterflies")... straight up acoustic guitar ("Quietly") and even full-on jump up party electro ("Secret Roots"). It is a distinctly varied release that makes for the most delightful attention-keeping journey.

I can't stress how truly lovely this release is... it deserves wider recognition... it is certainly far better than the pap that appears in the charts these days.

There isn't a bad track on this album. 12 tracks. 41 minutes of the most excellent and inventive electronica-influenced music I've heard in a while... really beautiful with a sense of longevity... this isn't a flash-in-the-pan release but something that will mature nicely.

My only criticism of this release is that it's not available on Bandcamp. I would have loved to have embedded the player at the bottom of this post and let you hear it. I have mentioned Bandcamp to Shona and I hope she gets the album up there ASAP. I want this release to have as wide a reach as possible and see Bandcamp as a huge stream for awareness and potential revenue for her.

All in... The Seed is a fantastic release that truly deserves all the recognition it  can get.

Posted by weareallghosts at 9:41 pm