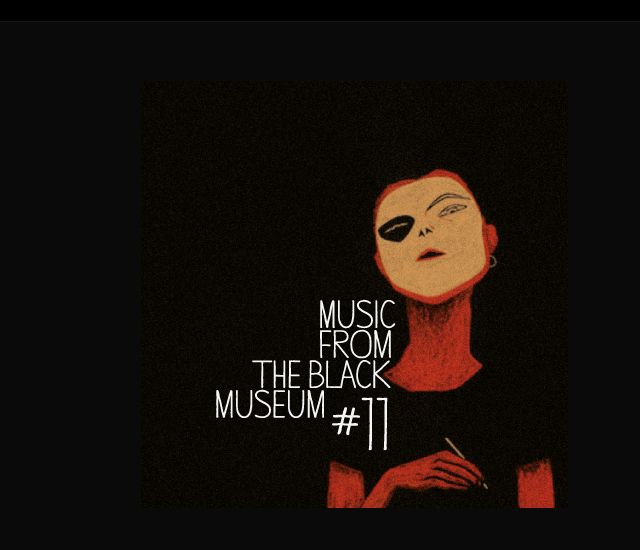 I needed to know more about Blackclassical and his inspiration for the excellent "Musique du Meuble".  I asked him to answer my wee blog interview ... and this is what Greg responded with:

1) Who are you and what do you do?
My name is Greg. I was born in Manchester in 1970 and to be honest I'm no one really… I'm not very good at talking about myself as I'm sure the words below will play testament to…


2) What are you working on at the moment?
Some embryonic things not much atm the moment as I've just released two EP's one: Musique du Meuble on Pathmusick (http://pathmusick.hermetech.net/2013/path_v_15.html) and the other a self released thing "and Putting Shiny Tony Lamas on Layaway Again..." on Bandcamp.

I bought some watercolours the other day so maybe I'll pop out an paint some landscapes this weekend in the Hills. It actually looks like this bleak winter is finally fading and It's been sunny here for the past three days in a row… hahaha :)


3) Who inspires you?
Sheez this is a tough question and by that really tough as i generally find inspiration in lots of different places. Inspiration is one of those things — it's all around you providing you are receptive to it. I learned this a long time ago at Art College. A really wise (well I thought so) lecturer told the class "Never wear a Watch". The problem with wearing a watch is that you get used to the connivence of it and it becomes a habit and you become lazy because of habits. He said there are many different places that you can find the time if you need to know, clocks are all around you and if you are forced to look for a clock, you may never know what you might see or hear, something you will no doubt have missed… or words to that effect. He was right because you do see/hear stuff and this is a form of inspiration if that makes sense? There are not a lot of things that I remember but that really resonated with me, hopefully it will to others too.

- Name an artist who has inspired you.
Not so much an artist as thats quite difficult to answer there are literally too many to name. I would answer this with a person, my Auntie she got me into music as she was a big music nut. She used to take me shopping on a saturday trawling record shops and markets etc. She used to buy me one a week i was about 6 maybe 7 years old then. It basically stuck with me the stuff she used to buy was very eclectic, punk, soul, rock, disco, electronic stuff etc. She educated me a lot.

- Name place that has inspired you.
Again, a lot of places spring to mind but i guess i would have to really answer this with my home town Manchester. I believe that I'm truly blessed coming from a place with a very diverse cultural heritage. There has always been a good musical scene here. Every genre could be heard around every corner: Soul, jazz, funk, punk, electronic, Dub, house, hip hop, Reggae — the scene in the north west of England and the radio stations played good music in this vein because when most of the stations were independent, they understood their audiences money came from advertising and the music was a paramount thing to the station to secure the audience to be exposed to the ads. The typical djs we had on the radio were the likes of Mike Shaft, Greg Wilson, Colin Curtis, Richard Searling, Chad Jackson, Hewan Clark ... the list was endless. Most people used to tape the top 40 on a sunday I used to tape those guys mixing electro, disco, funk, soul and jazz, was amazing to listen to — a great education I learned a lot about music from those guys.

- Name some "thing" that has inspired you.
Man your questions are hard to narrow down to just one thing... Every "thing" inspires me :)


4) What drives you to do what you do?
A lot of relentless nagging in my head… I just do stuff whatever it maybe cause thats what my brain / heart tells me to do at any particular moment in time. I'm not sure of what i will do tomorrow as things change constantly, i do consider myself to be more creative than analytical and as such creativity can be both a gift and a curse — I can understand why creative people go mad often sometimes. I wish that i could switch it off but you can't.


5) What values do you wish your creativity to express?
None really. I'm of the opinion that you either like it or not, and I'm not really fussed either way. Music, Art: Painting, Drawing, Photography etc are all methods/channels of letting my creativity out as I said in the question above as a person I need to let stuff out otherwise i think i would be living in an Asylum or possibly dead.


6) What role does community play in what you do?
Community is very important as I get lots of good feedback with the people i know and by good i mean really honest which is rare. Most people will take the easy option of telling you everything is good despite probably feeling the opposite. I consider myself very lucky as it helps me progress both further and faster.


7) What is next for what you do?
'The Fading Grandeur of Abandoned' is something I'm working on at the moment. Its very early at the moment but looks like it might be promising. If things go to plan then I'll probably do this as some sort of physical release, format(s) yet to be determined…

Thanks Greg!
Posted by weareallghosts at 8:00 am