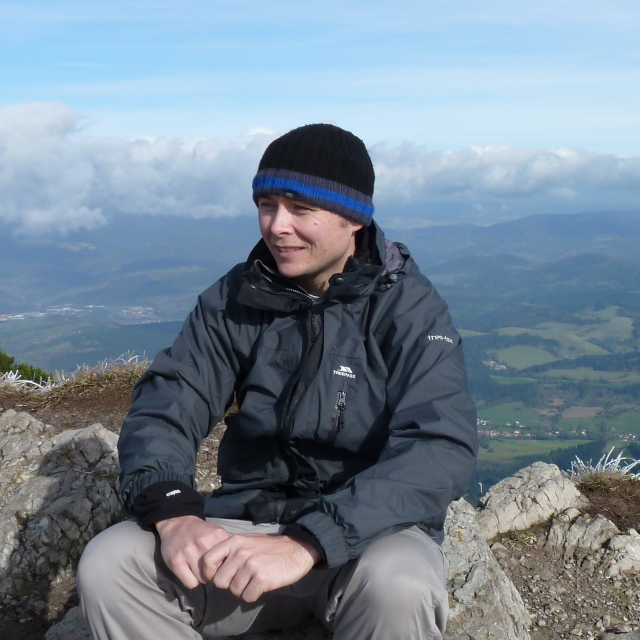 Following on from my review of Northcape's upcoming album "Exploration and Ascent" ... I thought I'd get to know him a wee bit better through my wee blog interview. Here's what he had to say:

1)      Who are you and what do you do?
Since this interview is about music rather than anything else, I am someone who basically makes electronic music whenever he has time. It’s become a fundamental part of my life over a long period. I have a day job, like many people, but often it doesn’t seem as important! I am introspective, and I compartmentalize my life… I find music gives a balance I might not otherwise have. I describe the type of music I make as ‘melodic electronica’ – basically its electronic music with ambient and IDM influences, although I don’t think genre is all that significant.


2) What are you working on at the moment?
Quite a few things. If you don’t mind the blatant promotion, I’m obviously trying to get the word out about the new album (‘Exploration and Ascent’, out May 14th on Sun Sea Sky Productions (and already out for pre-order!), I’m also pulling a remix EP together from the same album, which will also be released on the Sun Sea Sky label about a month later. One side of me is still amazed when artists who I am actively a fan of agree to contribute to a remix, and I’m very happy with the results. I’m also already working on the next release; I have an ambition for it to be limited-edition vinyl, but obviously don’t know yet exactly how that will pan out. I’m still waiting for the first reactions to the latest release!


3) Who inspires you?
- Name an artist who has inspired you.
Easy question – Boards of Canada, who remain an obsession. I don’t try to copy their sound (a pointless exercise), but they broke a lot of ground and I never get tired of their music.

- Name a place that has inspired you.
There are lots of these – quite frequently I find an image of a particular place (that I may, or may not have visited) running through my head as I’m working on a track. But I’ll have to say Nanda Devi in the Himalaya – although I’ve never been there, the idea as much as the reality of it has been a major inspiration behind the new album. It’s the idea of a sanctuary that is very hard to find but somehow untouched by the rest of the world.

- Name some "thing" that has inspired you.
My Yamaha QS300 – my first proper and only hardware synthesizer – a brilliantly inspirational instrument for me. Although it’s now, sadly, broken, the Northcape ‘sound’ evolved out of my experiments on this and I later tried to replicate those sounds in software.


4) What drives you to do what you do?
Self expression primarily, although I’d be lying if I said having an audience (however small) who enjoys what I do isn’t important, it isn’t the primary reason, the music came first. When I first put stuff up on the internet I was amazed to find out that anyone actually thought it was any good. Music allows me to give a form to something that otherwise would only exist as a vague feeling in my head.


5) What values do you wish your creativity to express?
Honesty – I like to feel that my music is honest rather than pretentious, it expresses something personal to me and it’s not trying to be something that it’s not in order to gain an audience. Respect for nature and the environment definitely is an important aspect of my music as well, it is something that I feel underlies (albeit in a subtle way) a lot of what I do. Finally, probably the ability to keep an open mind.


6) What role does community play in what you do?
Like many (most?) independent artists, the virtual online community is incredibly important for my music. Without the internet, although I would still have made music, it would exist in a very different form and I might not still have been making it today. Obviously the internet gives me an audience, but I find the different people I communicate with online very inspiring as well, I have ‘met’ (in a virtual sense) some awesome people and it’s also great to be able to find collaborators and remixers in this way. Community in a physical, local sense is not very important for my music, most people who know me are either unaware that I even make music, or don’t like it all that much. I think the audience for my type of electronica is global, but relatively thinly spread! I would like my music to operate more on a local level as well, but realistically, the only way for that to occur would be for me to play live and I’m not sure if that will happen.


7) What is next for what you do?
I never really know what is next in the long term, but in the shorter term I am well on the way with the next release, which continues in a melodic electronica (beat-propelled) direction, I’m trying hard to get as analogue sounds as possible using software. I tend to release music quite slowly, partly as it can be a struggle to find enough time, but I’m sure this is a common problem. In the longer term I may explore some more ambient music again (as I did on a previous EP) but I’m not really sure at this stage. As long as I keep trying to experiment, the music tends to evolve at its own pace.

Thank you! If you haven't had a chance to listen to Northcape's new album ... please check it out below: