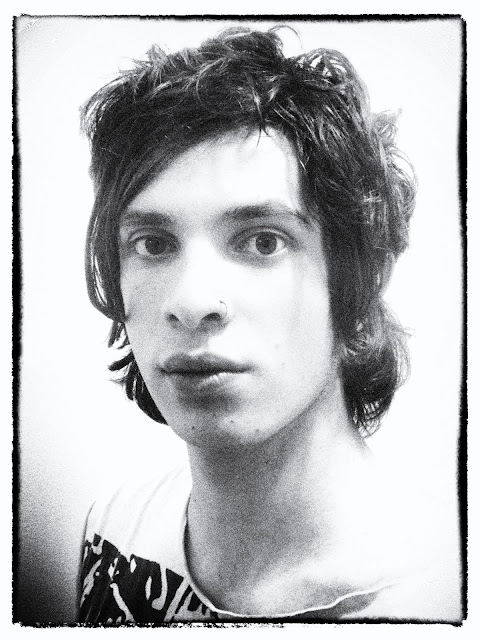 When I am asked to listen to an album ... more often than not I will say 'yeah' ... but with one condition: I want to know more about the artist or band I am listening to ... so I send them over my wee blog interview.

I really, really enjoyed Lozk's album "Irrational" ... and wanted to know a wee bit more about him and what makes him tick. This is what he had to say:

1) Who are you and what do you do?
I am Leonardo Suárez aka Lozk. I'm a Colombian musician and artist who likes to experiment in different art fields such as photography, painting, videos, and of course, music, which is my main passion.


2) What are you working on at the moment?
Along with 'Warpsichord' (another visual artist I work with) we're working on our audiovisual live performance to promote my forthcoming electronica album 'Irrational' out May 1st on Zube Records. The performance has a very simple concept: let the music to create its own images. To do this, we've been using cymatics techniques; cymatics are the study of visible sound and vibration, it can be described as making sound visible. Basically, we put different objects which are moved by the sound waves produced through a speaker. We capture these images an then we enhance them on a laptop and project them on a screen. All these images are made in real time, therefore, every performance is very different from the other. The final result of all this process is an original and interesting aesthetic that matches perfectly with the music.


3) Who inspires you?
- Name an artist who has inspired you.
Many artists have influenced me, musically and visually; but my strongest influence comes from Nine Inch Nails and Amon Tobin, musically speaking. Visually, all that psychedelic aesthetic from the 60's by artists such as Oskar Fischinger or the Whitney brothers. Also multimedia artists like Ryoji Ikeda and Alva Noto have influenced my aesthetic, even Wassily Kandinsky has been an influence. So all these different aesthetics and people have helped to develop my own artistic vision.

- Name place that has inspired you.
My room, I’ve done all Lozk’s music there. It’s equipped with lights and atmospheres to let inspiration embrace me.

- Name some "thing" that has inspired you.
My first acoustic guitar, I have it since I’m 10 years old. It was the “thing” that started my musical path.


4) What drives you to do what you do?
Love for music. I just love music and arts, and I try to combine all of them into my aesthetic to create an original project. I just can't see myself doing something else; without doing music I'd probably be insane. It’s the way to let all my feelings flow in harmony.


5) What values do you wish your creativity to express?
Maybe it's not really a value, I just want people to enjoy the experience my art can bring to them in anyway.


6) What role does community play in what you do?
I do this project to express my creativity and feel good with myself, however, I think most artists, including me, want to show their art to as many people as possible. So community has major role in what I do, it's very gratifying to know your art is reaching people all around the world, and it's more satisfying when the art produces positive feelings to the community, and people like it. So it's an extra motivation whenever I compose music and do art.


7) What is next for what you do?
I'm finishing my audiovisual live show so I can perform it in different places. During May and June I'll be performing in the UK. Then I'll do some shows in Colombia and Latin America. After that, is not clear what I'm going to do, I guess do some new music and eventually release another album.

Thank you. I would love to see your show live ... please come to Glasgow!

To get a flavour for Lozk's music ... check out this video for "Twilight Run":