Seven questions with ... Shannon Penner aka Orbit Over Luna 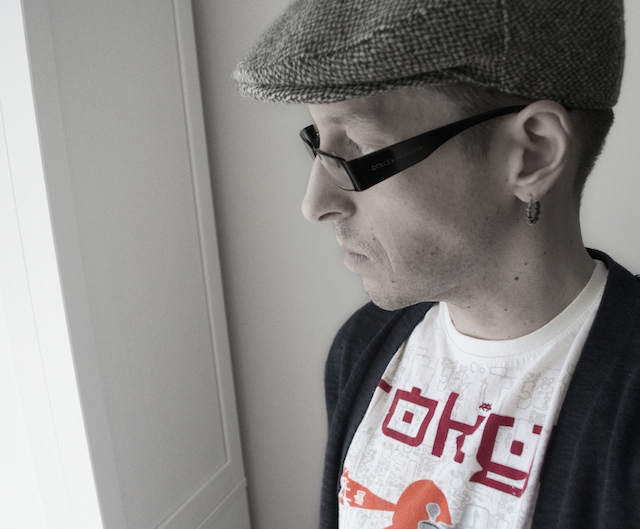 After reviewing Orbit Over Luna's recent EP ... I asked Shannon Penner, the man behind their beautiful sound, to tell me a wee bit more about himself. This is what he had to say:

1) Who are you and what do you do?
My name is Shannon Penner. I am Canadian and a vegan.
I’ve been an animator/VFX artist for quite a while but I’ve started branching out into some professional audio work as well. I created a business, Plunk & Boom Music and Audio Post to start getting into some soundtrack work. My own personal music I record under the name Orbit Over Luna.
I mostly play guitar and do a lot of programming.


2) What are you working on at the moment?
I just released a new ep called 広島／宮島-Hiroshima/Miyajima. It’s the second in a series based on a trip to Japan in 2011. The first ep being 京都／奈良-Kyoto/Nara. I am currently working on ideas for the next in the series.


3) Who inspires you?
- Name an artist who has inspired you.
I get inspired very easily by almost anything I listen to! Some of my big early inspirations though would be bands like The Cocteau Twins, Lush, Over the Rhine and The Ocean Blue. Later on came Boards of Canada and Hammock who have inspired so many ambient artists.
The artist who continues to inspire me since the first moment I heard him is Helios. There’s just something about the way that guy makes music that hits me right in the core of my being. The album "Caesura" in particular.
"Matador" by Arms and Sleepers would be another desert island record for sure.
I also love 60s and 70s design. No artist in particular, just the whole design sense. Scott Hansen’s graphic design captures some of that sense. I love what he does. His music as Tycho is fantastic too. A successful visual artist/musician = dream job.
Mary Blair and Charley Harper’s designs are really inspirational too...
Sorry, I start thinking about artists and the rabbit hole never ends!

- Name place that has inspired you.
I haven’t had the opportunity to travel extensively, but Japan is a big inspiration for me.
Oh, and the moon (Luna). Does that count? I love staring at the moon.

- Name some "thing" that has inspired you.
Stars.
Growing up in the country I remember laying on my back on the picnic table staring at the night sky for hours. You could see the stars so clearly. So vast and beautiful. It amazed me looking into the Milky Way with binoculars and realizing that there were more stars than I could have imagined.
I have very fond memories of those nights.
It’s unfortunate living in a city with so much light pollution...


4) What drives you to do what you do?
At the risk of sounding stereotypical, I’m going to say that it really is the best way in which I communicate what is me. Does that make sense? Being extremely introverted, I have a really difficult time explaining things that are important to me in other ways. Words and speech are not the best way for me to convey my ideas. It can be a bit ethereal and nebulous but music and art (lately it’s been photography) are the most genuine ways for me to ‘talk’.
I think everybody desperately needs to communicate regardless of their ability to do so in conventional methods. Everyone has a particular way in which they do it best.
So there is a drive in me to make music and art. A drive for me to be understood.


5) What values do you wish your creativity to express?
Sincerity. I want my music to be as honest as possible. To be uniquely “me”.
It’s hard being inspired by so many different artists. I always want to try to make music and emulate what others are doing, but it NEVER works out for me. It doesn’t seem honest. It only starts working when I throw out the forced ideas and go with my gut.
It would be amazing to if someone connected with my music the same way in which mentioned that I connect with Helios. The fact that people have connected with my music at all is incredibly humbling. And really cool.
We all just want to connect really...


6) What role does community play in what you do?
I’ve always been a solo musician. Because it’s so personal, I like to be in total control of my art.
I thought, though, that I’d try stepping out a little bit on 広島／宮島-Hiroshima/Miyajima. Test the waters so to speak and try working with others. I picked a couple of great guys to work with too! Andrew Tasselmyer from The Sound of Rescue played bass on the second track, “Miyajima Water Fireworks(宮島水中花火)”, and Andy Othling from Lowercase Noises played electric guitar on “Hiroshima: City of Peace(広島：平和の都市)”. I am really pleased with how it turned out. It was relatively painless too!
The internet is pretty amazing. We’ve never met face to face but we were able to work together by Skypeing and sending files back and forth.
Social media has been good for me. I’ve been able to start connecting with people around the world within the safety of my introverted self.
So I guess the answer to your question would be that community is starting to play a much bigger part in what I do.
I think it’s good for me.


7) What is next for what you do?
Well, I’m working on the next in the Japan series. There will be 4 altogether and I’d like to get them all done by the end of 2013. I’m toying with the idea of the last one being a full length...but we’ll see.

Thanks Shannon. I am eager to here more from your Japan series.

I hope you enjoy Penner's EP as much as I do. Take a listen below and, if you can, support him by buying his music.

Posted by weareallghosts at 11:27 am