Loving... ”from these hands” by I’ve Lost 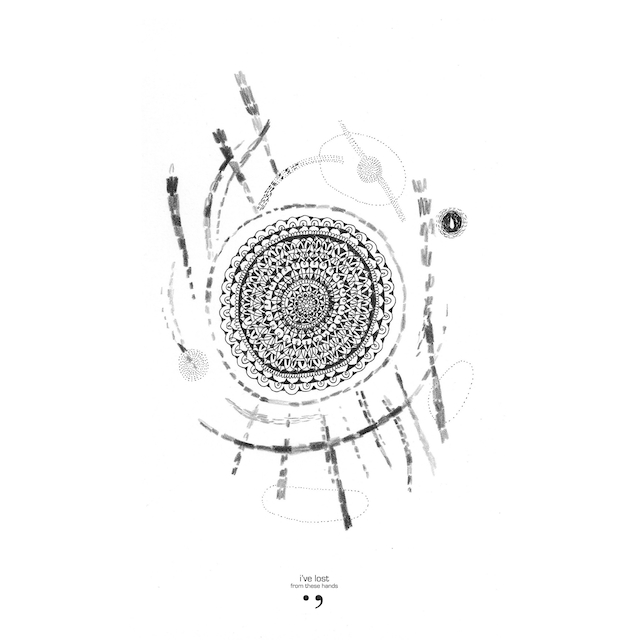 I'm sitting in my lounge... it's a lazy Sunday afternoon... Gorecki's Third has just finished and I've put on ”from these hands” by I’ve Lost aka Bobby Jones... an album I have been fixated with over the last week, ever since Leonardo Rosado gave me a copy to listen to and report back on.

I have covered other work from him this week... from Sink \ Sink and Gimu... and it would be unfair for me to have favourites because all three albums have touched me in their own special ways... but omgoodness I’ve Lost has me in the palm of his hand right now.

I have a deep love for slow guitar-orientated ambient pieces that just ooze feeling and emotion. I make no secret of my love from Andy Othling aka Lowercase Noises... ”the past is a foreign country” by Venona Pers... and have been very enthusiastic about Cousin Silas’ new sound... going so far as to set up a netlabel to release it.

Jones fits neatly into this niche... with some of the most exquisite ambient guitar playing I have heard in some time. He works with layered electronics... building wonderfully dense soundscapes that become the foundation for his guitar work. Nothing is overdone... his music is unhurried and intentional... it needs words like graceful and elegant to simply and sufficiently describe it... and I love it!!!

There is a timeless quality to this release. If I didn't know it was released this month... I would have thought it from another point in time... one I can't quite pinpoint... but one I find both magical and mysterious.

I think magical and mysterious are also words that could be used for this release. There is something intriguing... that sucks me in and keeps me hostage... like the musical equivalent of an glamourous woman who you can’t quite take your eyes off of. This release has that entrancing beauty... that hypnotic otherworldliness that draws you in.

What's more… there is a track featuring some seriously profound poetry on it… writen, I believe, by Leonardo Rosado himself. You may think it would be destructive to the mood but, to be honest, it is the complete opposite… it's as if the music has been, in some way, building towards it… with the poem - entitled "All things yet to be shaped" being the culmination… the climax of the piece… albeit there is music after it.

I can't stress how perfect this moment was... listening to this release and basking in the stillness... my Cairn Terrier, Pippin, snoring softly in the background. I know the moment will be broken... but I will cling to it for as long as I can.

I am grateful to I’ve Lost for sound tracking this moment and having a direct influence in it. As such I would heartily recommend this release and would compel you to have a wee listen below.

I would also recommend you take the time to soak in the cover art from Ivo Hoogveld… it truly is a work of art. This is one release that deserves to have physicallity… it is just begging to be honoured with an artefact.

Please support independent music... because music this good doesn't deserve to bask in the shadows.

Posted by weareallghosts at 5:37 pm