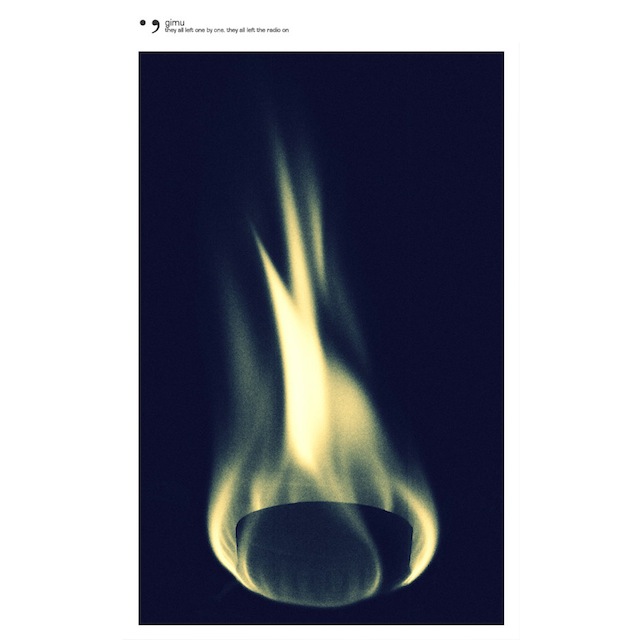 Gimu (pronounced with a ”g” like genre rather than gilded) is a truly amazing artist who specialises in the most fascinating soundscapes. His recent collaboration with Kwajbasket (”beams”) is a work of beauty. So when I was given his latest release to listen to and provide feedback on... I was more than happy to oblige.

I love drone... I really do... in all it's shapes and sizes... it’s my thing. I really get lighter, brighter, more open soundscapes... they give me time to think... time out from the daily grind, so to speak... they are my kind of ambient. But that said, I also love dark, Lovecraftian soundscapes... the ominous drones that amply provide a backing for the short stories of H.P. Lovecraft and the folks that carried on his Mythos and tradition... they also provide me respite from the busy-ness of life... and soundtrack some of my favourite elements of weird fiction... I can’t think of ”the call of Cthulu”, for example, without thinking about Emma^lee Crane’s ambient drone masterpiece ”Formatine”. Drone is not mindless, afterall.

And it is here that ”they all left one by one, they all left the radio on” picks up... because Gimu has crafted a series of relatively short (in comparison to others in the genre) - with 9:52 is longest track - soundscapes that, whilst ominous and noisy in places, also have a sense of space and openness.

It would be inappropriate for me to walk through each track... other than to say Gimu has created a cohesive whole that also works individually. I think this release is one that needs to be experienced by the listener... it's a late-night soaker... music that is best suited to headphones and the time to listen to it from start to finish.

If you are not already a fan of droning ambient then I wouldn't necessarily recommend you start here... this album isn’t as instantly accessible as, say, ”beams” for example, or the work of Earlyguard or Peter James. It is, however, very rewarding for fans of the genre and it is a release I would heartily recommend for such folks.

Posted by weareallghosts at 8:23 pm