Dayna got all excited this morning when she showed me a video she'd embedded in the Tumblr account. I was proud until I realised it was Boom Boom Pow by the Black Eye Peas. I kind of lost interest in them when they released that song about Fergie's lady humps.

Anyway... Dayna was raving about the video (use link above... can't embed) because it was futuristic and had "some nice symbols" in it... so I gave it a watch and was blown away. Its a good song and yes... Fergie still looks braw... but I was most blown away with the revolutionary symbolism in the video... the very symbolism Dayna had picked up and was very excited about. 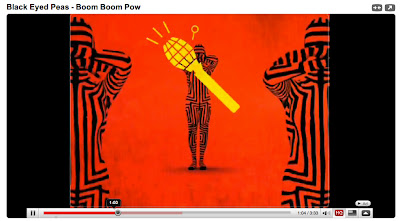 First off... a grenade is transformed into a mic. 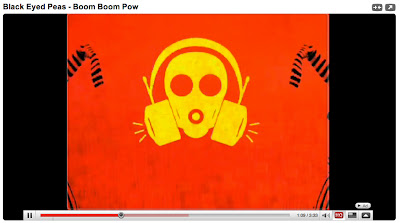 Then a gasmask is transformed into headphones. 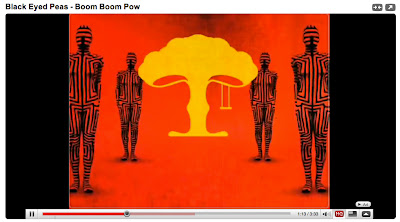 Lastly... a mushroom cloud is transformed into a tree.

This is powerful imagery. It is subversive... using the imagery of fear and colonial power... and turning it into the imagery of peace:
These are powerful symbols... and it is this symbology that reminds me of the words of hope Isaiah spoke:

There's a day coming when the mountain of God's House
Will be The Mountain—
solid, towering over all mountains.
All nations will river toward it,
people from all over set out for it.
They'll say, "Come,
let's climb God's Mountain,
go to the House of the God of Jacob.
He'll show us the way he works
so we can live the way we're made."
Zion's the source of the revelation.
God's Message comes from Jerusalem.
He'll settle things fairly between nations.
He'll make things right between many peoples.
They'll turn their swords into shovels,
their spears into hoes.
No more will nation fight nation;
they won't play war anymore.
Come, family of Jacob,
let's live in the light of God.

The people will turn their swords into shovels and their spears into hoes... this is subversive imagery... turning from aggression to agriculture.
I never thought I'd get that from a pop video... but maybe (to quote Bono) the assertion that if we don't proclaim the good news the very rocks (or rockstars) will... becomes apparent.
Look for hope. Keep your eyes open to hope. It is all around us!

Posted by weareallghosts at 10:48 am