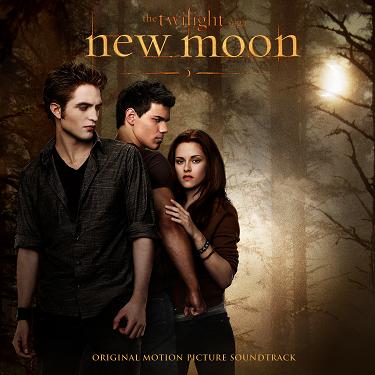 I picked up the soundtrack to New Moon tonight after giving it a listen yesterday... and have to say I am very impressed. 15 original tracks... exclusive to the album... from some of my current "on-the-iPhone" fave artists including Thom Yorke, Death Cab for Cutie, Lykke Li, and Grizzly Bear... along with songs from new (to me) bands such as Band of Skulls & Sea Wolf.

Full tracklisting is as follows:
The Thom Yorke song is particularly strong... but then so is the Band of Skulls song. I have a feeling that this is an album that will become part of me... in the way other excellent OSTs have like The Lost Boys or Pump Up The Volume.
You may not be a fan of the books... or have any desire to see the film... but I would recommend this soundtrack... its very good. It is the sound of now... and I like that about it.
Check it out.
Tx
Posted by weareallghosts at 11:03 pm