Seven questions... with Joshua Gaines aka Abraham the Poor 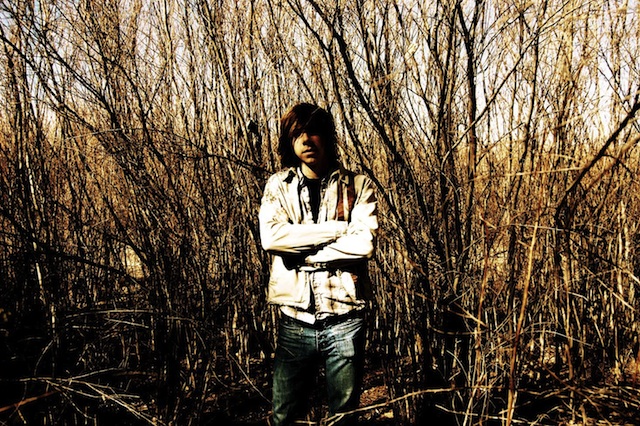 I love a wide variety of music... and I really love swampy folky rocky blues. One album that has really stood out in 2011 is "after the flood, into the wild" by Abraham the Poor. It is my kind of brilliant... vibrant, catchy, rootsy... I love it.

Abraham the Poor is the superhero identity of Josh Gaines who was mentioned in Andy Othling's interview. He is a wonderful story-telling bluesman who has, on more than one occasion, had me singing out loud in the shower. I really love how he crafts his songs... making them infectious but with depth.

One day I hope to catch both Josh and Andy Othling in concert together... I think that would be a truly fantastic billing. For now I will have to make do with catchy up with Josh over email. I did... and this is what he had to say in response to my seven questions:

1) Who are you and what do you do?
I write, record and perform under the name Abraham the Poor (though live under the name Josh Gaines) and I work full time for a lighting distributor in Albuquerque, NM.

2) What are you working on at the moment?
I just (literally just) finished up a stopmotion music video (also my first music video period) for the
song 'Future Homes,' from my first EP. That was posted on Tuesday, 06/21/11, so it's viewable on my YouTube channel now (see below). I'm also in the editing process of a live-action music video for the song 'Quelle Horreur! from the new album (which will be HD, beautiful awesomeness). They'll be released in thatorder.

- Name an artist who has inspired you.
Jeff Tweedy (of Wilco) has probably been my biggest inspiration of late. I really appreciate his ability to write very down-home, twangy, tasty rock or acoustic songs, but then he can turn around and write very strange things as well. And his lyrics are just fantastic, clever and interesting. I've also really been intrigued with David Bazan's work lately.

- Name place that has inspired you.
As far as an inspiring place, I would have to say the ocean in general is very inspiring to me. Any coast. Just the vast, bigness of it is incredible, and the fact that it is constantly in motion, and is just simply bigger than man. No man can conquer the ocean, so it's a beautiful and terrifying thing, and I think a lovely expression of God's presence and power on the earth. And now Lowercase Noises is going to be mad at me because his answer is probably similar.

4) What drives you to do what you do?
I suppose it is primarily a desire to mean something to someone. To anyone. Even to one single person. It's somewhat hard not to be at least a little bothered by the fact that with the music industry the way it is lately, my chances of ever getting 'big' doing music are pretty much nonexistent. But in that vein, even if I am never even close to famous, I know firsthand (because people have written emails or come up and told me) that the songs that I've written and the ideas I've spoken through lyrics have affected people in a positive way, even pointed them to God in some instances. That definitely makes it worth doing, to know that the Lord has gifted me to do this and that He is capable of using it in other people's lives in ways I never could have known.

5) What values do you wish your creativity to express?
As odd or obscure as it may sound, I actually hope to express searching. Or for people to use their heads and evaluate and test and question things and seek to understand what they believe and why they believe it. That sounds pretty spiritual (and in the case of my songs, it pretty much is), but I don't think it's limited to that. There's definitely some cynicism and struggle in my songs, though I try to always also acknowledge that I'm not losing my faith; I'm just wrestling with it. I hope that the ideas conveyed inspire people to do the same in their own lives.

6) What role does community play in what you do?
It's not as big of a thing at the moment, mainly because I'm just not playing that many local shows lately. But in the past I've noticed that having a local 'fan-base,' or even a group of good friends who you can count on to attend even the smallest, crummiest shows can be really encouraging and helpful. Albuquerque is unique (I think) in the sense that there is a small community of local bands who truly want to see each other succeed, and who are honestly excited and supportive of another group's release or tour or whatever. That's extremely encouraging to know there are other people who are excited about my art, yet are also doing a great job making their own, which I can be excited about, and it just makes for a really healthy system. It's not like other bands in town are competition. Well... most of them.

7) What is next for what you do?
Well, when these music videos are finished up and put out and when they go mega-viral on YouTube and make me a Beiber-status superstar (*cough*), I'd really like to record another stripped-down acoustic EP. Just some simple songs to chill out to. This last full-length album really wore me the heck out. Producing a full-band record with your own gear in your own space on your own steam is a heck of a lot of work, so doing something more simple next is appealing. Though it doesn't mean there won't be more of the fuller, more rocky stuff down the road sometime.

@abethepoor
Abraham the Poor on Bandcamp
Posted by weareallghosts at 7:26 pm