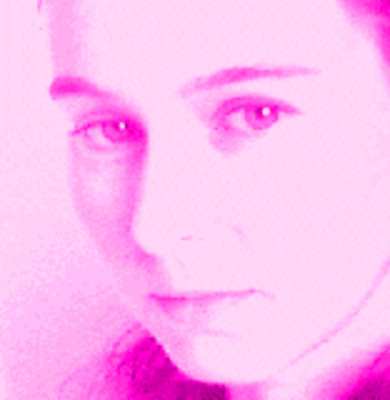 I've said it before and I'll say it again... the talent of the people in my twitter timeline amazes me. Case in point is Jules Straw aka Pinklogik. She is a tremendous electronica producer and remixer who I recently connected with... due to a shared love of the ambient soundscapes of Earlyguard and Ambienteer.

Her music reminds me of how I love electronic music... and I greatly appreciate that. I particularly love her remix of Ambienteer's "Cesious" and her cover of Vector Lovers' "Hush Now":

I mean... what's not to love about giving an Ambienteer track beats?

Her latest EP :: Inverse :: is available for free from her website... and is well recommended and refreshing release.

I recently caught up with Jules over email... and asked her my wee mini interview. Enjoy her response.

1) Who are you and what do you do?
Hi! I'm Jules, and I produce electronic music, which some people have described as IDM, even ambient or electro. I'm not sure which category or genre it fits into really (and it probably doesn't matter), but my music changes alot, I think. I've been writing electronic music since I was around 16 years old, I am now much older (35) and would like to think I've improved since then!


2) What are you working on at the moment?
Currently, I'm kind of working on two projects. One is a possible new LP comprising of my usual 'Pinklogik' sound, which may be released late next year. The other is an experimental drone/ambient LP. I'm hoping to put together at least one hours worth of two minute drone pieces. Eventually. It may take some time! Infact, I seem to be a lot slower in getting a track finished these days, than say 5 years ago. Perhaps I'm getting more fussy about my work...


3) Who inspires you?
- Name an artist who has inspired you.
So many to choose from, but if I had to choose one specific artist it would be Richard D James (Aphex Twin). I can remember listening to 'Selected Ambient Works 85-92', when I was about 15 and thinking "I'd love to be able to produce music a bit like that."


- Name a place that has inspired you.
Not a specific place as such, but I often get inspired equally by both the sounds of nature and the sounds of modern life: Birdsong in a forest, the flow of water in a stream, people talking, the sounds of my local supermarket, or a construction site even. I often carry my digital sound recorder with me just incase I feel the urge to capture an interesting sound or surrounding ambience. I enjoy altering and blending these organic recorded sounds with my music.


- Name some "thing" that has inspired you.
The music I was introduced to as a child - 1980s synthpop made a big impression on me. Then the early 1990s rave and electronica scene, as a teenager. I remember instantly preferring electronic music over any other sort of music, to be honest. That's not to say I don't like other types of music, but most of my record collection consists of electronic stuff or bands that use synthesisers a lot. I also really love technology, computers, gadgets. I suppose I may have been preconditioned from a very early age to be attracted towards the synthesiser as an instrument.


4) What drives you to do what you do?
I have an innate need to create I guess. I'm a rather restless individual oftentimes and writing helps me to focus, and I can get lost for hours sat infront of my PC with just Cubase and a few cups of tea for company. I'm a very emotional person too and I love expressing myself through music, and the thought of others enjoying what I write and produce also makes me feel very happy. Music is a very visual and colourful medium for me, I have sound/colour synaesthesia so I get a lot of pleasure from music that way too. I also really love symmetric patterns and anything geometric, and I think this kind of overlaps into my music production, as I really love sequencing notes and creating patterns with sound.


5) What values do you wish your creativity to express?
Not really a value per se, but I'd like to think that my music expresses that which I can't put into words, or taps into a part of me that I don't always consciously acknowledge. I just hope that people out there are listening to my work and enjoying what they hear, and that it perhaps moves them (emotionally or physically!) in some way.


6) What role does community play in what you do?
Online community, as in social networking, plays a very big part. I've made many online connections and friendships with fellow electronic music producers, and have met some great people (often in person) because of that. This has inspired me to continue doing what I do, and to keep on putting my music out there.


7) What is next for what you do?
I'm hoping to release a remix LP for my 2009 single release "Playing With Sticks" sometime early next year. On this LP, I plan to include a remastered version of the original, a remixed version (by me) and several remixes by other artists and producers.