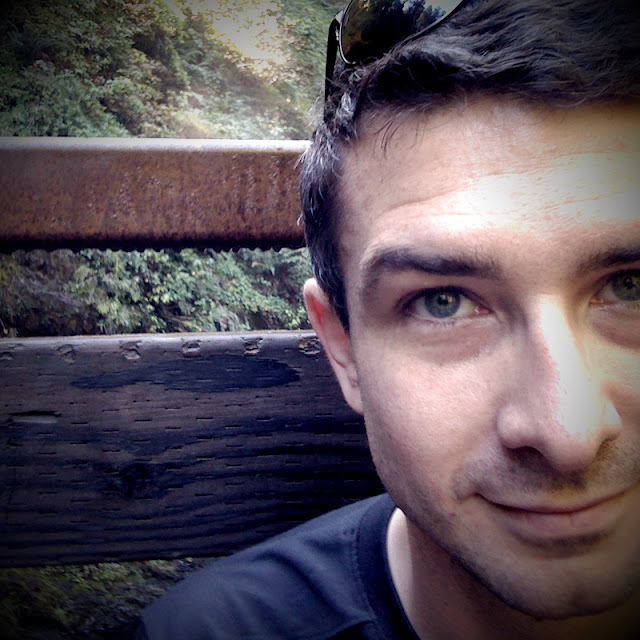 Mike Lemmon aka Neue really caught my attention with his album The Planets... and I was really curious about what he did. So I asked him my wee mini interview.

1) Who are you and what do you do?
I'm Mike Lemmon, and I'm a designer and electronic musician living in Portland, Oregon in the US. By day, I design products and software at a very fun and challenging design firm here in Portland. When I can, I like playing with synthesizers.


2) What are you working on at the moment?
My design job takes up a lot of creative energy, so outside work I've been continuing on music projects and experimentation, and my own design and entrepreneurial projects, which helps to keep fulfilled creatively. On the music front, I've received a lot of really positive feedback on my album The Planets that I released earlier this year for my project Neue, which has been incredibly inspiring and humbling.


3) Who inspires you?
- Name an artist who has inspired you.
I've always been drawn to composers of film scores, or other musicians with what I would describe as a cinematic style that creates a sense of place. Impossible to pin down to one, so I'll mention some recent favorites. Brian McBride of Stars of the Lid, Clint Mansell, and John Murphy come to mind.

- Name place that has inspired you.
The San Juan and Gulf Islands in Northwestern Washington State/British Columbia. This is a place of immense and serene beauty.

- Name some "thing" that has inspired you.
One thing was the first "real" keyboard synth I got as a teenager, a Yamaha CS1X. Finally having real knobs to play with was so freeing. So many geek-out jamming sessions on that keyboard. There's been a lot of interests that I've had in my life, but electronic music has always been an undercurrent.


4) What drives you to do what you do?
I love solving problems, which speaks to my designer roots. My degree is in Industrial Design, which is about half engineering and half art classes. I actually found it hard in a lot of these art classes that were about pure expression, it was sort of like, what's the point? A friend of mine described the difference between art and design well: that it's ok for art to spiral forever, but design has a destination. I absolutely love art and am envious of people who can seem to freely and expressively create, but this has helped me realize how much I love constraints and how constraint drives creativity. So when I create, it's really about understanding the constraints and embracing them. Or even inventing constraints if I have to!

When it comes to how this translates to my approach to music, it's easy for my music sessions to be about "learning and experimentation". This is an easy way to kill hours of evenings and weekends. Again with constraints, I'll frequently try to envision a set of scenes which the sound can represent and almost tell a story about through sound about the scene. This is basically how I created my album The Planets. In that case I had these real places as context around which to focus. Other constraints I use are of instrumentation or time. I'll just say that I need to create something in an hour, with this set of instruments, and see what comes together. This might form the basis of something new and unexpected.


5) What values do you wish your creativity to express?
Creating a sense of beauty and elegance, but with many layers of interest and intricacy to uncover over time.


6) What role does community play in what you do?
I've been drawn to the online community for connection and inspiration. There's so many people empowered to create today, it's a constant source of inspiration.


7) What is next for what you do?
At some point there will be another album, and probably will share some new tracks later this year. And some day I'd love to work on a score for a game or a film, so we'll see.

Thanks Mike! When my friend @myopicaardvark buys your music then that is a big honour (imho)... he is a soundtrack buff and knows his stuff.
Posted by weareallghosts at 8:00 am