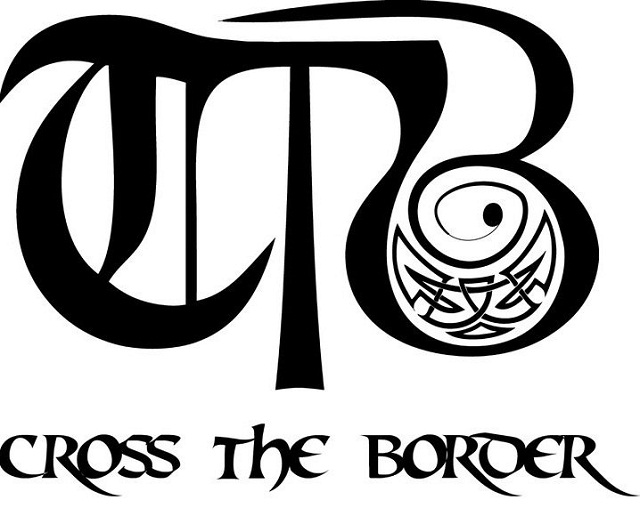 I believe there are only two types of music: good and bad. To this end... I love a wide variety of music and I absolutely adore vibrant folk music... the kind that tells the stories of the common man (or woman) AND gets you dancing. This defines the folk music of Cross the Border... a band I really look forward to hearing live in McSorley's sometime soon.

Anyway... I caught up with Stoo Nicol from the band... and asked him my wee mini interview. Here's what he said...

1) Who are you and what do you do?
I am Stoo Nicol, singer and front-man of the Celtic Folk band Cross the Border. What we do is create Celtic Folk inspired music (without rigidly sticking to one style) that we enjoy and that doesn't necessarily adhere to traditional folk guidelines and standards.


2) What are you working on at the moment?
We are currently working on bringing our new line-up up to speed with the established set list from our first album and previous live shows. The new guys we have brought in are all very exciting and dynamic musicians from various backgrounds and I don't think that process will take very long at all. After that we have begun gathering songs for a "Traditional Album" which we hope to have recorded before the end of the year. The idea is to approach traditional songs in the same manner we have approached our own material thus far, to play each song in our own fashion so that we remain true to the music we love and I guess therein lies the challenge of keeping the songs recognisable but approaching them in a fresh and exciting way.

- Name an artist who has inspired you.
As a band we have so many different inspirations from so many different backgrounds, some of our musicians come from rock backgrounds, funk, folk, and grunge etc... So tying it down to one artist is difficult. So I will sidestep the more "famous" of our inspirations and go with someone who has inspired me while on the road. I am immensely proud to be friends with an artist called Steph MacLeod who we have played with in various locations in the UK. Steph is a recovering alcoholic, Christian and truly talented musician who writes songs about addiction, his faith and basically every facet of the world he comes into contact with. Despite not being a church going Christian myself, Steph's musicianship, lyrics and his story in general is so energising when you listen to him that you can't help but fall in love with the music. The story of a man with talent falling into hard times, becoming an alcoholic, becoming homeless, finding faith, cleaning himself up and producing great music about his story is hard to top.


- Name place that has inspired you.
Scotland.

- Name some "thing" that has inspired you.
I guess brotherhood is a huge inspiration in my own and subsequently the bands writing. Most of our first album centres around the bond of brotherhood be it between a nation or just a group of people.


4) What drives you to do what you do?
Music in general can be a great friend and confidant when you are feeling low, a guide when you are feeling lost and a great way to express your thoughts when other forms of communication fail. I guess most of the band just has a need to create and express themselves. In some cases music is the one thing you hold on to when everything else around you is in disarray.


5) What values do you wish your creativity to express?
Staying true to ourselves is one of the strong values in the band; we don't want to be dictated to by the changing face of music, trends or constrictions of genre. We want to always just create whatever music we feel is right at the time.


6) What role does community play in what you do?
It plays a huge role in what we do, we have been very lucky through social media to make some great connections from our manager/soundman, to our friends, to our fans in as far afield as Germany, America, Japan etc, radio dj's in foreign countries... It's quite unbelievable when you look at it in this way. In fact the band itself just could not exist without community, without social media the band would not have been formed as I met my fellow founding member Gary Painting on that most prehistoric of social media sites MySpace. Similarly our percussionist Lewis and Zouk player Duffy, who I met on MySpace also, Richi our bassist, Alistair our guitarist, Yuuka our fiddle player and Paddy our drummer/percussionist I met also on social media. We have found it really humbling to watch our community grow in places like Germany without us having even set foot on German soil yet. Hearing from people enjoying your music and sharing your music in a country you’ve yet to land on has been quite an emotional experience for us and we are blessed to be able to share in that sort of community.


7) What is next for what you do?
Next is getting our "Traditional Album" recorded after which we will be looking to writing our second album of original material early next year. In between times we need to find time to travel and gig including a monthly residency in Glasgow venue McSorley's which we are all really excited about.

Thank you for sharing Stoo... please check out their music (here) and, if you get a chance, go see them live in McSorley's. 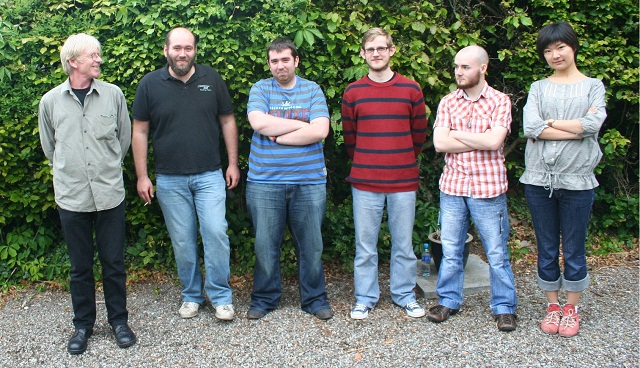