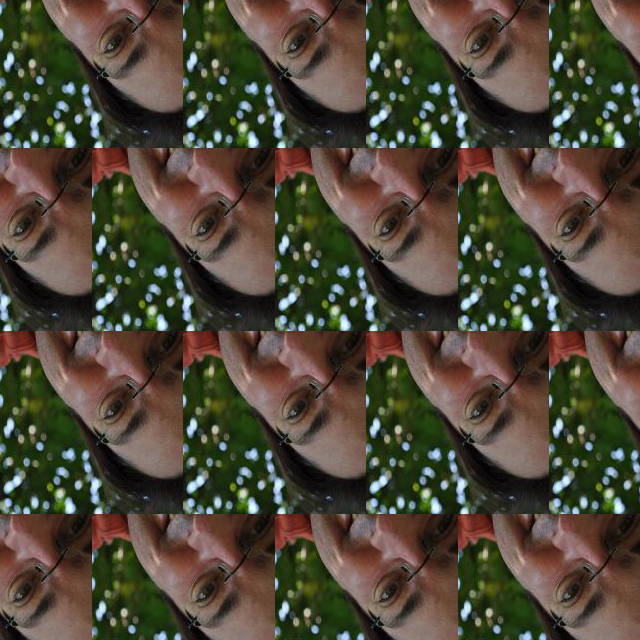 I have become a huge fan of the Relaxed Machinery netlabel and their output. This has come through meeting on Twitter and befriending the label-head, John Koch-Northrup. He is a wonderful character... a really inspirational chap and someone who deeply cares for the kind of music I love.

He has been very generous and opened up his server to me... letting me listen to some of their new and recent material. I have featured both "en seier" by åpne sinn and "memento" by Peter James on here... and have shared my thoughts on "Temporal Arc" by Koch-Northrup himself over on the Alternative Matter website.

In conjunction with the post over on Alternative Matter, I thought I would ask him my wee interview... the first of 2012. This is what he said:

1) Who are you and what do you do?
John Koch-Northrup. I started playing piano when I was 5, played in school band (trumpet), in live bands starting when I was 15 (synths/bass), and have recorded since I was 13. I currently own the Relaxed Machinery label (http://relaxedmachinery.com) and help other artists release their music.  We're more of a collective, "self releasing... together" than a proper label. But there's a lot of overlap.  I've been married to the most wonderful woman on earth for almost 20 years now. I do IT work - mainly data / EDI / programming type work these days - been at it for around 19 years.


2) What are you working on at the moment?
At this moment my studio is torn down as we may be moving to another state. That's not confirmed and it's a bit up in the air. We're in hurry up and wait mode. So I'm not actively writing new music right now. For Relaxed Machinery, we're getting ready to roll out a great album by åpne sinn called 'en seier' in February. Later this year will see releases from Steve Brand and Disturbed Earth and Shane Morris. Steve is also reissuing his double album collaboration with Ishq on his private Pioneer Light label which we also host through relaxedmachinery.com  -  I'm also working on a top secret project I can't discuss at the moment... :-)


3) Who inspires you?
So many people!  My grandma got the ball rolling when I'd see her playing organ - and then she was my first piano teacher when I was five. She played organ in the same church for 65 years... just about everyone in town had seen her play a wedding or funeral or Santa Claus breakfast at the firehouse - she filled in at a number of other churches as well.  If I could only pick one person - it would be her.

- Name an artist who as inspired you.

- Name a place that has inspired you.

Home with my wife.  Matthiessen State Park in Illinois. Sitting in a dark room playing piano.

It's in me. It always has been. I feel lost if I'm too far away from creating in some fashion or another - whether it's playing piano or guitar, or recording, or sound sculpting, or listening, or talking about music, or taking photographs, or ... well - anything.  I found that if I put music away for too long I'm missing something in my life... there's a hole.


5) What values do you wish your creativity to express?
Values? Not sure I've been asked this question before. I love to write music. I like to infuse a feeling that I have about the music into it.  I can't guarantee anyone will hear what I was thinking - in fact they most likely won't.  I guess I'd like people to know I greatly care about the music I write and to pull from it what they will. I would say I write from a more positive standpoint the vast majority of the time.


6) What role does community play in what you do?
I often create alone, but the community is everything else. Where else but in the communities I frequent will I find people who want to share their creations and listen to mine? We have common ground, common things to discuss. We may have totally different world views, political views, backgrounds - but music, photography, painting, design, writing... creativity is the binding principle that pulls us together into communities. Community is very important to me... I helped created one after all... http://relaxedmachinery.ning.com


7) What is next for what you do?
Ah, what's next! Hopefully moving. After that probably some downtime from music for awhile as that's a major change.  Once settled in and studio back up - the secret project is my top priority followed by a new album from me.  As always - Relaxed Machinery will continue with it's 2012 lineup of releases - I have two other people that help run the label and I know they'll pick up my slack for a while... a sincere thank you to Steve Brand and Geoff Small who are my partners in the label.  After that, we'll see!  My wife and I want to invest in a macro lens for our Nikon one of these days - I love macro photography - kind of like I love getting up next to sounds on field recordings that can't be normally be heard.  There's always something next - I always have multiple projects going.

Thanks John... please check out Relaxed Machinery and "Temporal Arc". Oh and read my review of "Temporal Arc" over on Alternative Matter.

Tx
Posted by weareallghosts at 8:50 pm

The mosaic of me is hilarious. Thanks for asking me to take part in your 7 questions! - John