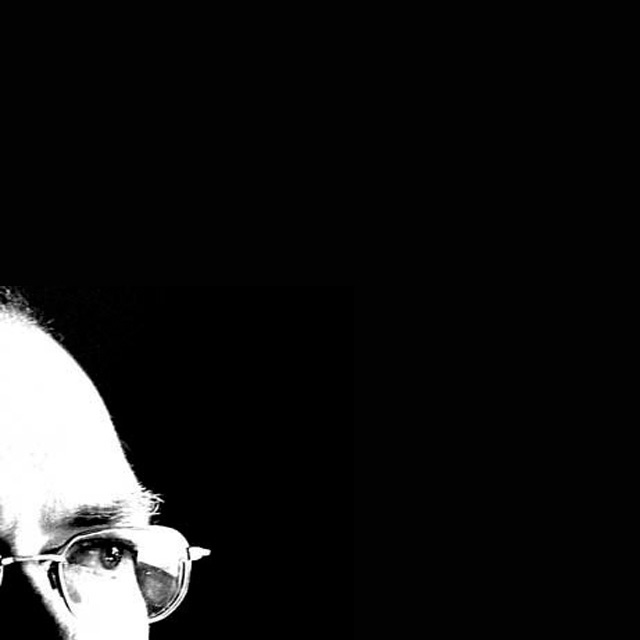 I thoroughly enjoyed listening to "Memento" by Peter James and was delighted to accepted his friendship request on Facebook. He is a lovely chap who really cares for the music he creates... and this love is evident in his music.

I felt it apt to interview him and when you hear from him... his passion for ambient music and for people shines through. I love the wee story of the baby, for example.

I really appreciated James taking the time to answer my questions... and appreciate his candor considering his private nature.

(1) Who are you and what do you do?
My name is peter james, and I write ambient and instrumental music. I try not to use synthesised sounds wherever possible, and I create about 90% of the sounds and drones I use from real instruments and voices, or field recordings. I can record maybe half an hour of, say, bass guitar work, or an hour or more outdoor stuff, and yet sometimes I may only end up with a minute or 3 worth of useful sounds – hence me having recorded so few album’s. I don’t like to repeat myself, music-wise, and sound-wise, if I can help it.

I’m also a sound engineer and occasional producer – but only if it’s a project that I believe in. I also still use outboard analogue equipment and samplers, using the Mac pretty much as a stand alone sequencer/recorder and audio editor.

Since 2009 I’ve been a full-time” member of the global musical collective 48Cameras – whose main base is in Belgium. I contribute both musically and technically.


(2) What are you working on at the moment?
Currently I’m working on 2 projects – but there is some other stuff on the back-burner which is earmarked for a project with a writer and video artist from France..

My main, and on-going, project at the moment is a collaborative album with a female vocalist and lyricist from London, which will also be multi-lingual. I’ve never written specifically for vocals and lyrics, so it’s been a great lesson for me, learning a new discipline. There’s no release or finish date for this yet, but we should start mixing it sometime soon.

My newest solo project is again working with field recordings, but I’m taking a very different approach this time, and it seems to be heading in a more “industrial ambient” direction. It’s early days, and it’ll take a lot of working out, so again, I’ve no idea when it will be finished. I’m not prolific at all, due to the way I create my sounds, but I’d rather take it slowly, try to get it “right” than to juggle loads of things at once. It can take anything from 3 months to a year for me to complete an album, depending on just how much sound design and creation is needed.


- Name an artist who has inspired you.

Werner Herzog. I’m not really inspired by music or other musician’s, to be honest, more by films/film-makers and their own particular ethos and approach to their art and the way they tell the story, and many of Herzogs’ films have affected me/inspired me on so many levels, more so than any other living artist.

(can I also add the late great Orson Welles here – for his pure drive and stubborn-ness, and his undaunting and unrelenting desire to create – at any cost! The 2 Arena films about him and his life should be required viewing, in my opinion, for anyone starting out in any of the creative arts). [of course you can, TM]

Cumbria/The Lake District. It would take a head, heart, and soul of stone not to be inspired by it.

seeing a 3 week old baby, born addicted to Methadone, sleeping soundly to a piece of music of mine, that I’d been asked to write for her by her foster parents, wake up crying when it had finished, and then go straight back to sleep when it was played to her again.


(4) What drives you to do what you do?
see above. I don’t want to come across as pompous or in any way egotistical, because that’s simply not my schtick, but If, as an artist you can affect just one person, make a tiny difference to another person’s moment, give them some joy, raise a smile, bewilder, inspire, or simply just give a bit of mind or stop-time (and yes, send them to sleep, even) with what you do – that’s all that matters, not how many album’s you sell. I am constantly surprised, and humbled, by some of the stories I’ve been told about my work, and how it has affected someone in a positive way, and this is why I carry on with it. if I was in it for money, I’d have given up many years ago.
Of course I’d like more people to hear what I do, because then I’d feel I’ve been able to repay somehow the people who continue to support and have faith in me and my work, but I’m more than happy with how it’s all gone so far.


“I must create a system – or be enslaved by another man’s. I will not reason and compare – my business is to create”


(6) What role does community play in what you do?
I’m not really that much of a “connected” person – I’m incredibly private, by nature, but the more I think about it, it’s been vital. Without the support of a few people who I’ve “met” over the last few years, I don’t think I’d have done half the things I’ve been lucky enough to do, or been involved in. I couldn’t catch a cold in the U.K, so without the rM.ning community, for instance, I’d still be blowing in the wind. I even have to give a nod to (the now much-maligned, and rightly so) Myspace, as that is where a lot of opportunities first arose. Someone once said, because of Myspace, I was “one of the most well known, but un-successful, underground ambient musicians in the U.K” ;-) so yeah, it’s been very important to me, and allowed me to interact with and get to know, and work with, some truly inspirational people – and I’ll give a special name-check in this regard to John Koch-Northrup at Relaxed Machinery, who has been championing my cause for the last 3 years. I wouldn’t be here now, writing this, if it hadn’t been for him. I guess I must learn, somehow, to do “more”.


(7) What is next for what you do?
Difficult question. I try not to think about it, and I tend not to plan, as I never know what’s coming, or going to happen, next, on pretty much every level. But on a creative level? I really do not know. It depends what comes along to inspire me enough to want to do something new. I guess all I really want to do is to keep (trying) to push my own boundaries, keep it as honest and as human as possible. My general ethos is to not repeat myself, so it doesn’t get any easier, as time goes on. I never thought I could top my 2nd album – “is” – for sheer creativity (i.e just how many sounds could I wrench from just one instrument) and hard-nosed “almost drove me insane”, approach to it and my intentions for it, but I guess I was wrong. So yeah, who knows what the future may hold for me, and for what I do, but I’d love to work on some music for a “commercially” produced film. That’s my as-yet-unfulfilled ambition.

Thanks Peter... I thought the story of the baby was heartbreaking and heartwarming in equal measure.