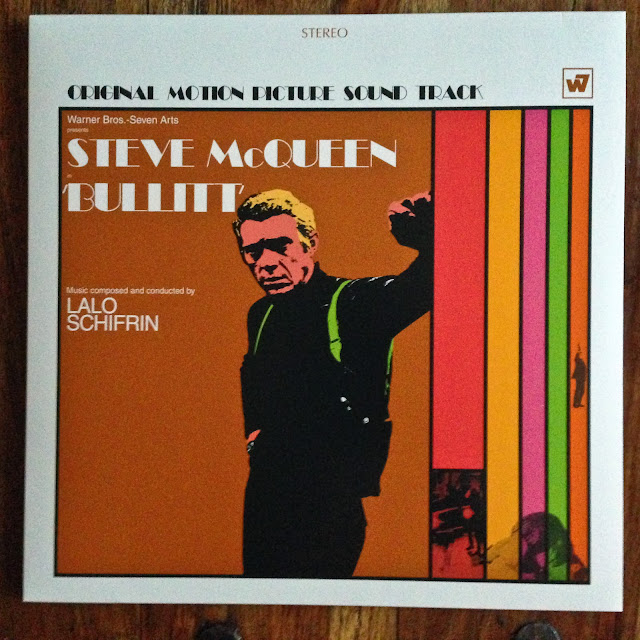 I received Lalo Schifrin's awesome jazz soundtrack to "Bullitt" on vinyl yesterday ... the final remnants of my Christmas money. 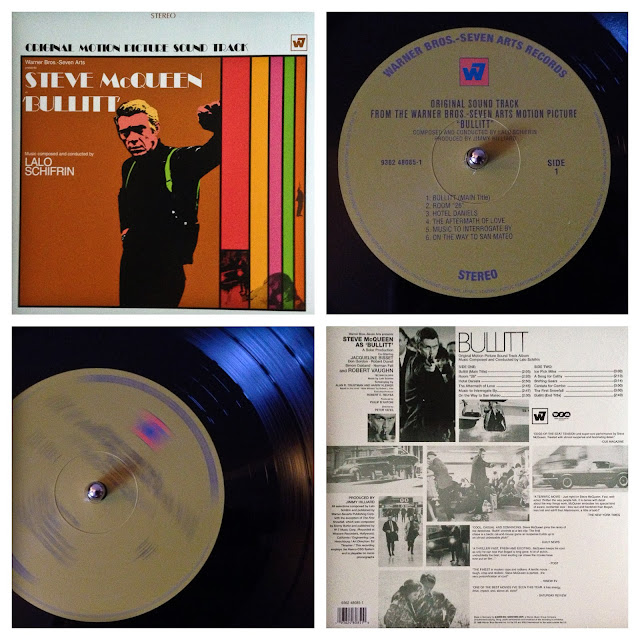 It is a real delight ... late 60's jazz from the soundtrack master Lalo Schifrin ... with some very memorable moments, like the opening theme tune:

The album differs from the actual music used in the film ... according to wikipedia:


The tracks released on the album are alternate versions of those heard in the film and were re-recorded at the film producers' insistence for a more "pop" oriented soundtrack.

Regardless, I love this soundtrack ... it has movement and variety ... its the kind of album with tracks that you can relax to at home or play out to a knowledgable audience. 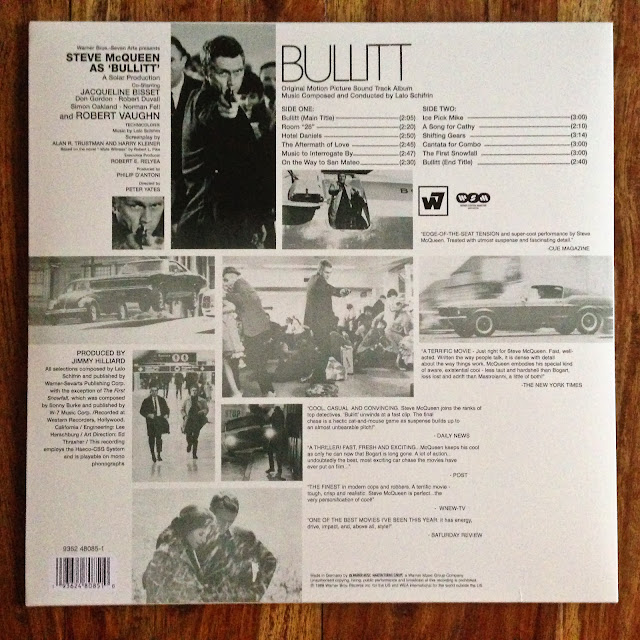 PS ... if you want to know more about Lalo Schifrin, can I recommend this show on RBMA Radio. It's a heartfelt and informative piece on the composer that features a number of his classic soundtracks including "Bullitt".
Posted by weareallghosts at 12:00 pm