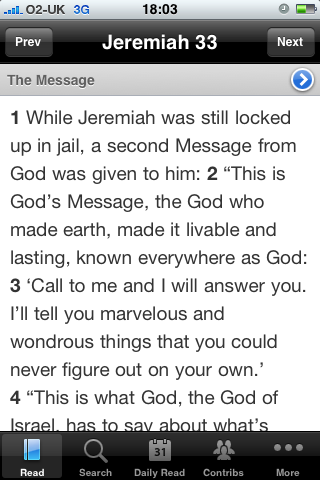 Been meditating on Jeremiah 33:3 after I picked up this album for £2.50 off a colleague at work... 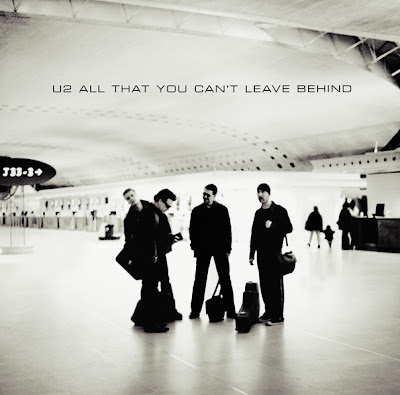 On the left of U2's fantastic album All That You Can't Leave Behind is a wee sign that says "J33-3"... According to Bono

The album cover contains a subtle religious message in the departure gate sign on the left edge of the photo. In early press ads for the album, the sign reads "F21-36". On the finished album artwork, however, it has been changed to "J33-3 →". Bono made the change at the last minute, stating that it refers to the Bible verse Jeremiah 33:3, "Call to me and I will answer you, and will tell you great and hidden things that you have not known." (ESV) In Bono's words, "It was done like a piece of graffiti. It's known as 'God's telephone number.'"

(taken from the wiki page)

Call to me and I will answer you. I'll tell you marvelous and wondrous things that you could never figure out on your own.

I take great comfort from these words... especially when I consider that He will answer when I call to Him... and He will show things I could never get a handle on... on my own.