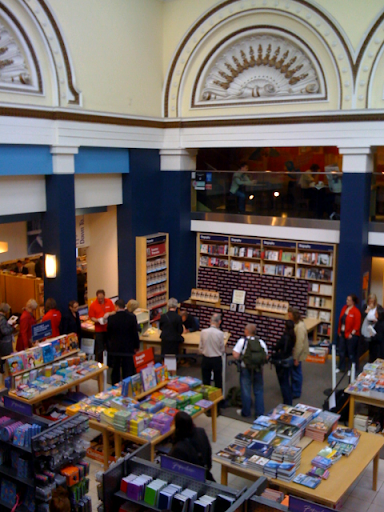 Somebody called Bill Paterson was signing books today... is he an actor or something? OK... so he is in wikipedia ::

Bill Paterson (born June 3, 1945) is a Scottish actor who has appeared in many films, plays and television series.

Ahhh... still no idea who he is... but he likes his fans... preferring to make the photographers wait than his fans. That's a nice touch.