Friday night with the Hintons 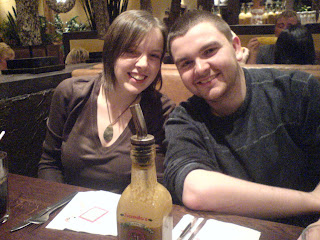 Spent Friday night with Chris and Dawn Hinton. We met up at Nando's for some gutbusting peri-peri goodness... and just had a fab time chewing the cud. Olly beat me too it with her post - but I'll reiterate that Chris and Dawn are our kind of people and I am secretly grateful for Jon to have the craps (quote) and Kenny to have a trapped nerve (please pray for them both... seriously) because it allowed us to get to know Chris & Dawn on their own. They are a sweet team and really do complement each other. Only been officers for 18 months but are taking things forward in Glenrothes. 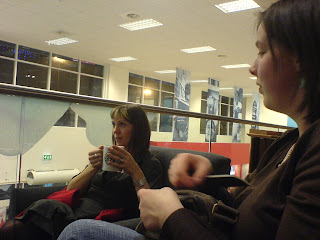 After food, we headed to Borders for a wee latte in Starbucks - it was great just to chill out in each others company.

In Borders they were playing a fab CD that I had to buy (I have some Christmas money) - Rhythms del Mundo : Cuba - I'll blog about it later. We all just got it... and were digging it while we were chatting. Nice addition to the evening. Chris picked up a book on how to change the world for a fiver which was pretty cool and on my wishlist now.

I gave my three companions a small Moleskine cahier each and challenged them to keep a wee prayer journal. Chris now has more Moleskines than me which is kind of crazy as I got him into them. Just call me a global tastemaker - Macs... Moleskines... hmm... what's next? I will call them on the prayer journal task and report back to the ol' nanolog.

Afterwards... we headed back to our house for tea and more conversation. I talked through an idea I have for the Army with Chris. I had promised Jon G earlier in the week that I wasn't going to have any more new ideas but I can't help it. Global tastemaker and strategic thinker. Wow!

Here's my idea:
Set up internet cafes. Teach people how to use the net and give access to people who don't have access otherwise. Train people in the basics. There are grants for this kind of thing.

So far so good... this is where we leave the box and go into headphonaught territory... Use the existing set up and organise it as a MMORPG (Massive Multiplayer Online Role Playing Games) LAN space and build up a community of players who will physically interact as well as virtually interact. Set some rules about decent play and away you go. Bring the kids off the street and introduce them to World of Warcraft - build a guild that works offline together as well as online. Teach them to act as a team.

Needless to say... Chris is an inspired individual. If anyone can make this happen, he can. 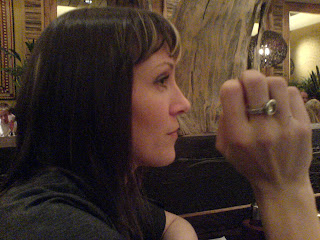 Last point from the evening :: my all in all was looking very hot. Sweetheart, I love you!

All in... fab evening. Loving this weekend... chilled and feeling robust.
Posted by weareallghosts at 8:05 pm

Rhythms Del Mundo: Cuba has been my most played album for 2 weeks now.