After I got all hot and bothered over the ABS' American Bible... I thought I follow up with a couple of images of Bibles that I think are more appropriate :: 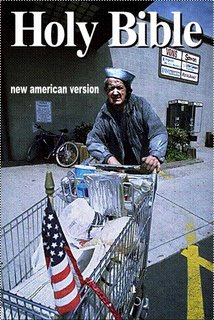 First off is an image created by the pastor of my mate in the US :: ((Mr JD Blundell)) - Love it! It is American but its the poor America... The America that people don't often see... the antithesis of the Dream. 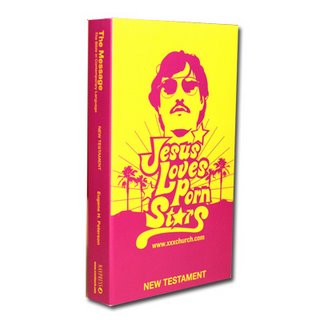 Personally I find the American flag and Statue of Liberty on a Bible as being more offensive, misleading and inappropriate than a Bible that OPENLY expresses on its cover Jesus' love for people that others, including His followers, have written off and ignore. What a beautiful expression of the whosoever. Going to get one.

Anybody got any other examples of more appropriate Bibles?